Full Sail isn't just a launching pad for those pursuing a career in media or entertainment; it's also a temporary home for students of all ages, from all walks of life, and from all corners of the world.

In fact, nearly 700 of the current students on campus - one in ten! - traveled here from a different country. (The five most common countries of origin at this time are China, South Korea, Brazil, and Colombia. Other countries in the top ten include India, Ecuador, Mexico, Nigeria, and Peru.)

Going away to college is an exciting and enjoyable experience, but we understand that it comes with challenges, too - especially for those traveling internationally. And because we take seriously both their academic and personal well-being, we try to minimize those challenges in a variety of ways. Two organizations vital to this effort are the International Student Center and the International Student Society (ISS), which together provide students with visa and housing advice, professional guidance, and peer-to-peer support and mentorship.

To further assist our incoming international students, we've compiled the following list of helpful tips as they adjust (or prepare to adjust) to college life in Winter Park, Florida.

"The number one piece of advice that current students offer incoming students," says Christa Evans, International Student Coordinator, "is to be prepared for Full Sail's cold classrooms. Dress for winter inside and summer outside. Bring some heavy clothing for class; layers are your best friends. That's good advice for the whole school, even domestic students."

In some cases it may be possible to walk to campus, but this shouldn't be anyone's sole option. Pop-up thunderstorms are common, especially during spring and summer, and Full Sail’s unique schedule can require students to commute at unusual hours, sometimes late at night. It's also important to note that while sidewalks do line nearly every major road, there are usually only a handful of pedestrians out at any given time.

"When I had classes from 1:00 am to 5:00 am," says Recording Arts graduate Kheng Ying Koay, originally from Malaysia, "I dared to cycle home - not that I encourage cycling at such odd hours! It's better if you have a car or someone to pick you up."

Students know that relocating means shelling out cash for housing and other living expenses, but it can be difficult to gauge costs from afar. When planning your budget, remember that nearly all housing options in Florida require the first month’s rent up front, plus an additional deposit. The deposit is usually equal to or slightly more than one month’s rent. Other services that require deposits include utilities and contractual cell phone plans.

Dining in the states tends to surprise international students for two reasons. First of all, it's comparatively expensive. "In some countries, you can pay for dinner for a whole table for three dollars," says Christa. "Here, lunch alone is three times that amount."

Secondly, adapting to American cuisine poses challenges for some. "In most cases, the students are used to a different diet. When they ask me where to go for lunch between workshops, I list fast food restaurants because they're the most popular. But usually they don't want to live off of that, which I understand."

To combat both of these issues, it behooves all students - international and domestic - to prepare food (or to learn how to prepare food) at home as often as possible. "Our international students are probably the ones who cook the most. There are local places, like the Venezuelan market and restaurant or the Indian restaurants nearby, and they find those pretty easily. Everyone finds their niche. Plus you have Publix and Target just down the street."

"They cook together a lot, too," says Paula Demsky, International Enrollment Team Leader. "I've seen get-togethers where, for instance, the Asian students will teach the Latin American students how to make sushi. And when I've talked to the kids I've heard they really like to cook macaroni and cheese. It's good, easy, and cheap."

In American schools, plagiarism (also called academic dishonesty) is a well-known and widely understood concern. In other cultures, however, that’s not necessarily the case. “We have seen kids that don’t even know what plagiarism means,” Paula explains. “I'm from Venezuela, and I never had a class that taught me about it. Some languages don’t even have a word for it.”

For the record, Purdue Online Writing Lab defines plagiarism as the “uncredited use (both intentional and unintentional) of somebody else’s words or ideas.” It also states: “There are few intellectual offenses more serious than plagiarism in academic and professional contexts.”

“We’ve had students that really struggle with it,” says Christa, “because back in their country, citing sources is not the same. We’ve seen students fail assignments because of improper citing, and they’ll bottle up their feelings because they just don’t know how to talk about it. It’s not that they have bad intentions; for the most part, they just haven’t been explicitly taught how to cite things. But we want them to know that they can go to their professors and get help if they don’t understand.”

Although missing home is an unfortunate fact of life for many international students, the International Student Center and ISS offer unlimited personal support for those going through tough times. "We're kind of like immediate extended family," explains Christa. "We really are there for them. There's also the ISS, and we tell them to introduce themselves on the ISS Facebook page. They'll always get likes and comments from people in their program, and that's a good start."

"In extreme cases, they can take an IOT," says Paula. "An Interruption of Training. That's a great option if they need to go home for a month, or up to three months, and spend time with their families. Then they can come back and finish their program. Parents come here, too. We see a lot of parents visit the students, and they'll come talk to us and see how things are going. That's very common."

Kheng Ying, who served as the ISS Student Life Coordinator before graduating in 2014, also helped implement the mentorship program that exists today. "Incoming students get to ask existing or graduating students about their programs and get insight about what they should be preparing for before going over. Also, for students like me, who have no place to go during school breaks, we do small events like movie nights, bowling, and dinner gatherings so we can network and not feel so lonely."

"One of the most memorable events, with more than 100 students in attendance, was the Thanksgiving event," she says. "It's a night filled with lots of fun, food, and getting to know each other. It's always a great feeling to see people from all over the world uniting together at one place despite the cultural differences, our skin color, and the language that we speak. Being able to link people together with the same interest and getting people out of their little circle of friends was always the highlight of my night."

The College Road Trip: Three Tips for Your Campus Visits 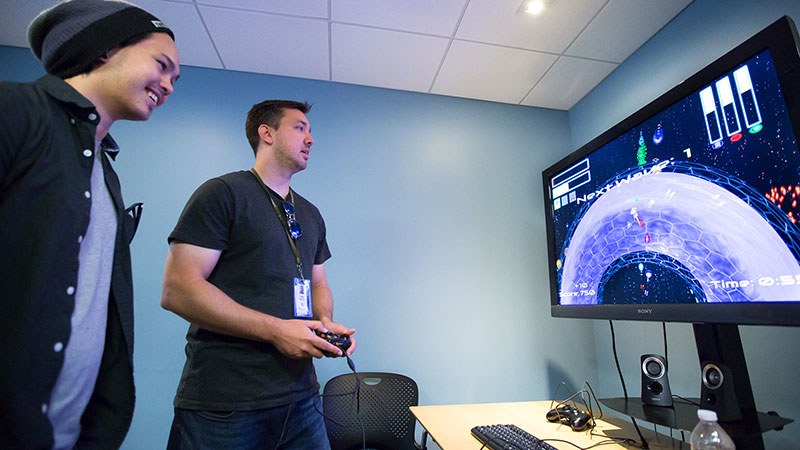