When Film graduates Taylor Olson and Livingston Oden decided to come up with an original concept for a monster movie, they had no idea that this small idea would eventually result in Sony purchasing the rights to the film.

After graduating, Taylor moved to Los Angeles to pursue his career, but after running out of money, he returned home to Minnesota where he ran into fellow grad Livingston. Not wanting to stay stagnant, they took their careers into their own hands and decided to create a film from start to finish. Although it was a daunting task, the pair were excited to be moving forward with something.

Scratching several concepts that weren’t feasible, the grads eventually came up with an idea that would fit their small budget and could be filmed on location in Minnesota. After developing the script together, American Beast was born.

“American Beast is six segments/short films that are all connected in one way but work into one feature,” Taylor says. Taking place over the span of 80 years, each segment shows a different time period and how characters interacted with the monster throughout the years.

The Film graduates split the project down the middle, and each directed three segments for the final film. “Working together and splitting the tasks really took a lot of pressure off of us,” Livingston says. “Since this was our first film, it was a really nice way to introduce us to a feature instead of doing the entire thing alone.”

Once the film was completed, their entertainment lawyer connected them with a sales agent and a year and a half after the film was created, Sony bought the rights to the film. American Beast was first released overseas and on various streaming sites and is now being sold on Amazon.

For Taylor, seeing the final product find success was thrilling. “I just hoped it would get some kind of released in the US, and when I got the email that Sony would be selling the DVD in States, it was so much more than I expected.” 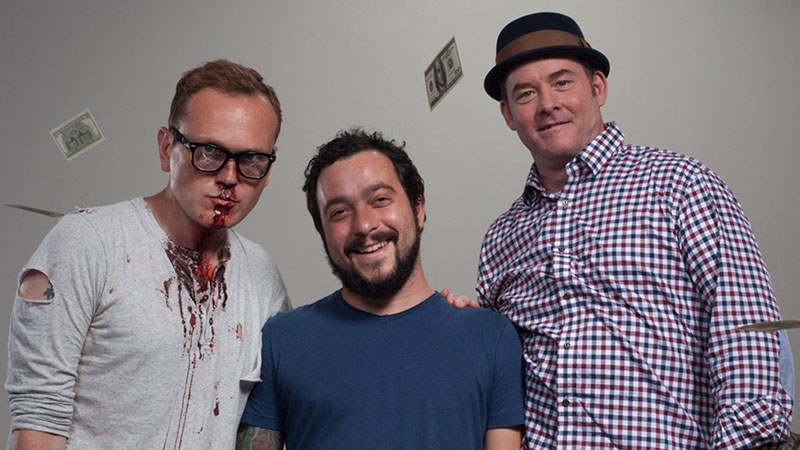 Grad Talks the Business of UX