It seems like more people than ever before have their hands in some sort of web television. Big names like Yahoo! and Comedy Central host their own original web series, celebrities are starring in them, advertisers are paying for commercial spots within them, and Hollywood distribution companies are purchasing and optioning them for wider release. What started out as a passion project for many has now become a legitimate business.

We spoke with Full Sail Film grads Theodore Lee Jones (2006) and Dan Dobi (2005) – both with experience in web television – to get their take on the fast-growing industry.

What web series have you created/worked on?

TJ: I created "The Sherman House Webisodes," a reality-based web series made almost entirely out of home movies. It's the only series I've worked on and it was sort of entirely my project, with the help of my roommates that were in the show. The thing that makes it different from other web series is that there was nothing really fake in it. And it was low drama. I focus mainly on the good stuff, and how people can get along and be productive together. I filmed everything we did in the house for an entire year, then spent two years editing the footage into a cohesive, 10-episode series.

DD: In 2010 I did a web series with one of my best friends, Andrew Santino, called "Duncan Rocks." We did the series for roughly two years before we kind of let it go. [Dan also produces several videos of his own on his YouTube channel, which has more than 35,000 subscribers.]

What is your ultimate goal when you create web series? Is it distribution? Indie success?

TJ: When I was making this series, it was a personal project and it was my way of processing life and dealing with what was on my mind. So for me, the real success was when someone else got that. I think when it comes to success, I'm probably the minority. I think many people want [a web series] as a launchpad for their career.

DD: To be honest, at the beginning, it wasn't for any of that. It was just a way to keep ourselves occupied and work on our craft as a filmmaker (me) and a comedian (Andrew). We didn't know there was money out there for web stuff, we strictly did it because we could. It was something that we could build up from the ground without anyone telling us, "No, you can't do that." We both grew from the experience; Andrew went on to be on the last season of MTV's "Punk'd" and I was able to crowdfund my first feature on Kickstarter.

How do you build an audience for your series?

TJ: I totally bombed at self promotion, and if I could do it differently, I would. What happened was I made the show and then I worried about the promotion. When I do it again, I'll do it in the exact opposite order. I'd make a logo, then have my art before and during the process of making the series. I'd post teasers, trailers, and other extras to get people interested.

In your opinion, what makes a web series successful?

DD: Being consistent, involving and listening to your viewers, and being different from what everyone else is doing. Also, responding to viewers' comments!

What are the differences between working on a television series and a web series?

TJ: It's the time and approvals. For TV, you've got to have it done by a certain amount of time and you're always on a deadline. Plus, the content you make is subject to approval from the director, writer, network, etc. My indie web series was a project of passion. There was no one over my shoulder saying that the series had to conform to this audience or that audience. But at the same time, TV shows have to get done, but projects of passion are going to be true to somebody's integrity, so they may never get finished.

DD: With web series, it's complete control and you don't need to worry about standards or practices by certain networks. There's not really any quality control or anyone looking at your picture to see if your levels are broadcast safe. I didn't have to clear every single thing by the big wigs. If it looks good, great! You're done! Upload it! Which brings me to another point: getting your content on the Internet takes minutes. Compared to TV, the Internet seems light years ahead of the game.

Do you think web series are becoming the new television?

TJ: Yes and no. I wouldn't say web series are the new TV … I'd say the Internet is the new TV. I dare say more people in some pockets and cities have a Netflix or Hulu account than subscribe to cable. I think it's nice because more people can throw their stories and opinions into the mix. But it's also a variable production value. It makes hunting for what TV you want to find harder, because anybody can put what they want on it.

DD: I think they're two separate things. TV isn't going away, there's still a need for it and that need will absolutely be around for the next few decades. I think web series just offer another medium, which is awesome. Sometimes, people don't have time for a 22-minute show at lunch and just want to see something that's maybe 5-8 minutes instead.

How to Make Your Own Basic Lighting Kit at Home [Video] 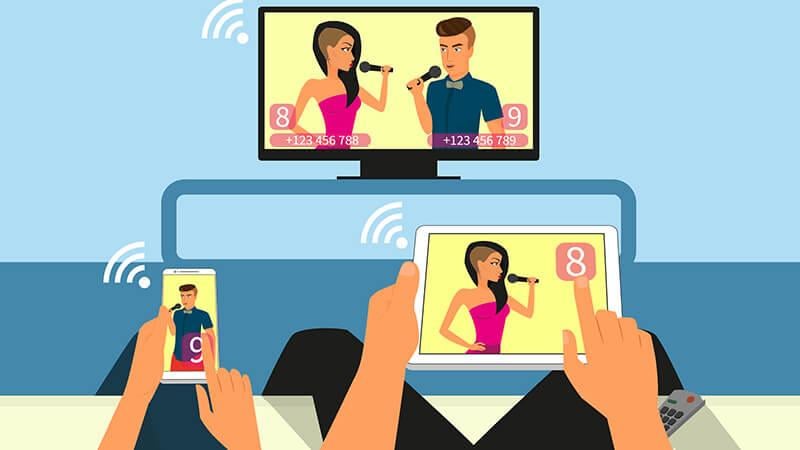