Jack Geckler’s parents couldn’t have been more different. His father, a police officer, is the definition of practical, while his mother is deeply creative. Growing up, Jack spent summers watching her perform in local theater productions, playing backstage and observing her rehearsals from the wings.

“The combination of my parent’s personalities, with my mom being more entertainment-minded and my dad being more grounded, definitely helped to mold me into the person I am today,” says Jack, who currently works as an Animation Lead and Crowd Supervisor for Digital Domain. This February, he’ll be inducted into Full Sail’s Eighth Annual Hall of Fame, something he says is a huge honor for a guy who took time to settle on a career path.

An Orlando native, Jack was influenced by the entertainment tourism industry from a young age. He had early dreams of becoming an actor like his mother, but settled on the more pragmatic notion of being an architect. When that didn’t pan out (“Too much math,” says Jack.) He got a gig as a Disney cast member, eventually landing a role as a puppeteer.

Working with puppets was personally impactful to him on two levels: First, it allowed him to transcend traditional performance methods and tangibly connect with a character outside of his own body, a skill he utilizes to this day in his role as an animator. Second, it fed his burgeoning interest in computers as a way to bring invented characters and settings to life.

“My roommates and I painted one wall in our rental unit with chroma key paint so we could film our puppets and comp in different backgrounds,” recalls Jack. “While I don’t recommend that anyone do that, it did open my eyes to what was possible with animation and special effects.”

Computer animation appealed to both side’s of Jack personality — it’s equal parts technical and creative —and that dual spark was all he needed to enroll in Full Sail’s Computer Animation degree program. While there, he made a lot of connections that would go on to serve him in the industry, including a close student-mentor relationship with fellow grad and Hall of Fame member Tim Naylor, who was working as an instructor at the time.

“Tim’s work ethic and his industry background were something I deeply admired, and still do. He made life changes to better himself, which was what I wanted to do in my own life,” says Jack.

Tim eventually left Full Sail to work for Industrial Light & Magic, but he and Jack stayed in touch through online gaming. In fact, Jack kept in touch with a lot of his teachers, following in their footsteps and joining the Full Sail faculty as a Lab Instructor after his graduation in 2000. It was fulfilling work, but he couldn’t help but feel a pang every time one of his students graduated and made the move to Los Angeles. Moving was definitely in the interest of his creative side, but Jack wasn’t sure it was the most practical decision. Torn, he turned to his father for advice.

“I called up my dad, who is the most grounded person I know, thinking that he would tell me to stay. But he didn’t. He said, ‘You’re not married, you don’t have kids yet, now is the time to take this chance.’ Hearing that from him, when I was so sure he was going to try to talk me out of it, changed everything.”

With that, Jack packed up his car and headed for the West Coast. He didn’t have a job or a place of his own, but he did have a friend who let him crash on his couch.

“I felt so guilty,” laughs Jack. “He apartment was spotless because I spent all day cleaning.”

After months with no job leads, Jack was desperate. He applied for a retail position at a home decor store. The day before he was supposed to start, he got a call from Genuine Games. They were looking for an animator to work on the Fight Club video game for Xbox and PlayStation 2. He went in, interviewed, and got the job.

“I have never felt more relief in my life than when I made that call to the retail job, telling them I wouldn’t be showing up for my first day,” he says.

That was more than a decade ago. Since then, Jack has gone on to work for companies like Sony Pictures, DreamWorks Animation, and Industrial Light & Magic. His projects span the adjacent worlds of gaming and motion pictures — his credits include How to Train Your Dragon, Kung Fu Panda, G.I. Joe, Madden Football, the upcoming Power Rangers reboot, oh, and a little movie you might have heard of called Star Wars: The Force Awakens.

Over the years, he’s developed a particular talent for animating crowd scenes, something he fell into completely by accident while working on the film adaptation of Philip Pullman’s The Golden Compass.

“I was between jobs at that time, and a friend of mine tipped me off to a studio that was looking for a crowd artist. I didn’t know crowds at the time, so I spent the entire interview selling them on my ability to learn anything fast.”

It worked. Now, he’s one of a handful of crowd specialists working in the industry. It’s a sought after skill, and one that has opened up a lot of opportunity for Jack over the years. These days, he doesn’t have to work as hard to balance his practical and creative sides, although he still finds himself dedicating whole days to one or the other.

“I’m a lead artist, which means I split my time between animating and looking at Excel spreadsheets,” he says. He also gets to head up a team, which fulfills him in a way reminiscent of his time spent teaching. Most of all, he finally feels like the two halves of his personality have integrated into something whole. It’s a legacy he’s hoping to pass on to his own kids, just like his parents did to him.

“The goal is always to give them more than you had,” he says of his kids. “When I was just starting out, I don’t think I saw the whole picture the way I do at this point in my life. Now, it’s not just about me, and it’s not just about them. It’s about us. I provide for them, and they keep me excited to work in this industry.” 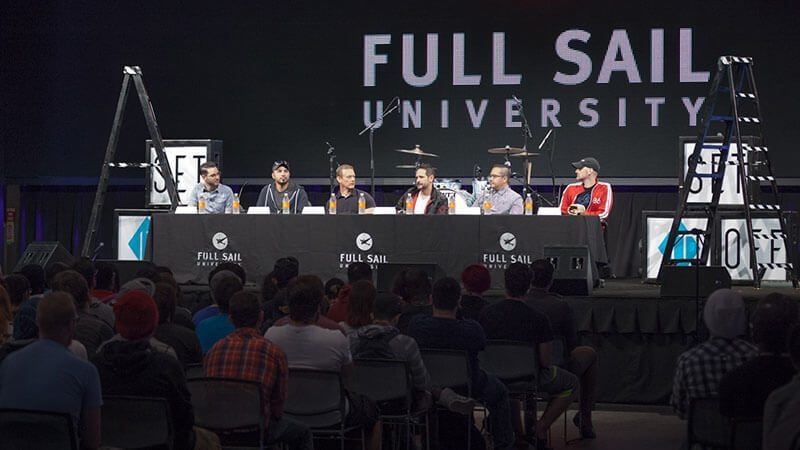