Navigating through your career can be quite a daunting task – especially when you’re first starting out. And while there isn’t one singular blueprint that everyone can follow to excel in their field, one common thread that many success stories seem to share is the presence of a mentor.

A mentorship is typically a one-on-one relationship between an industry professional and someone just starting out in the same field or business. A mentor should have extensive knowledge regarding industry fundamentals, specialties, and trends, as well as insight regarding hiring processes and personal branding. In some cases a mentor may hold a leadership position at a company, but that isn’t necessarily a prerequisite; many mentors are valuable due to the strong network they have within your desired field.

“A graduate should expect an interactive relationship that allows for absorbing industry knowledge, learning about the mentor’s own career path and development, possible industry connections, and an opportunity for question and answer exchanges,” says Stephen Rice, Visual Arts Team Lead in Full Sail University’s Career Development department. “In the mentorship relationship, a graduate would also ideally receive resources to help in his or her job search and also learn how to best present themselves to an employer.”

One thing that students and graduates should keep in mind is that there are professionals working in their industry who actively want to offer their mentorship to others. As a result, many mentor-based programs have emerged to offer students and recent graduates a network to develop those relationships early.

“I meet with my mentee for brainstorm sessions and re-evaluation of her work,” says Fatima Rice, an Associate Course Director in Full Sail’s Digital Arts & Design program and a participant in AIGA Orlando’s Mentorship program, an initiative that pairs talented college design students and recent grads with local industry professionals. “My role as a mentor was to help her clarify her future goals and re-design her brand to help her effectively reach the right group of employers. It’s so gratifying to help students re-discover themselves and open up to a new direction.”

While many new graduates may find themselves less concerned with seeking out mentors and more fixated on landing paid freelance or full-time employment, the sheer amount of insight and guidance that a mentorship may be able to offer is immeasurably valuable, particularly when you’re just starting out in relatively new territory. At the end of the day, even a mentor that you never directly work with can still cast a major influence on your career.

During his sixth month of the Recording Arts program, Full Sail Hall of Hame inductee Ashish Manchada encountered legendary record producer Bruce Swedien (Michael Jackson, Quincy Jones, Duke Ellington) at a success seminar on campus. After asking Bruce about his choices as a producer, the two hit it off and kept in contact throughout Ashish’s time at Full Sail. After graduation, at Bruce’s suggestion, Ashish moved to New York City, where he landed a key position in his career working at Effanel Music. Throughout it all, Bruce remained a close friend and mentor, and Ashish would go on to found Flying Carpet Productions, a production house specializing in composition, recording, mixing & mastering, and sound design in his home of Mumbai.

“I’ll always remember Bruce telling me, ‘You know what, Ashish? There are no secrets.’ I was struck by how open Bruce and others were in sharing their experiences, in discussing techniques, concepts, and strategies for projects they were actively working on,” says Ashish, who has also become a mentor to countless aspiring engineers through workshops in his sound engineering/music production collective The Media Tribe. ““Everyone needs a mentor at some point in their life. I was fortunate enough to have several mentors come in to my life and fulfill different aspects of the learning process, but all of them believed in me and my abilities. When you share what you know with others, it sets a lot of things in motion for the entire community.”

In Search of "The One" 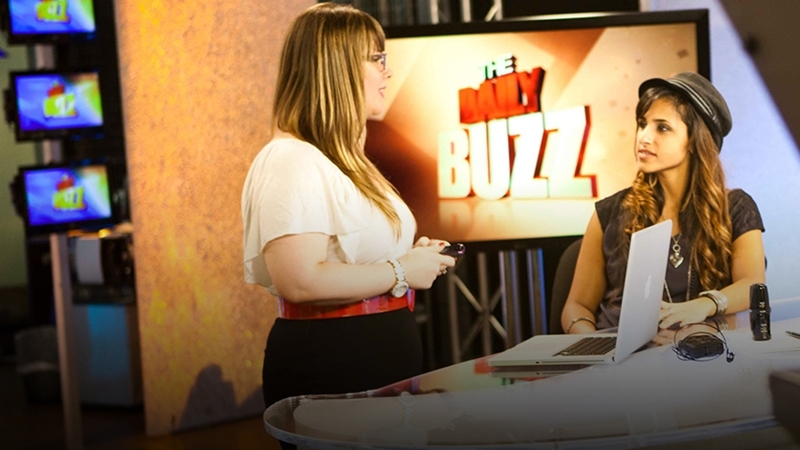 Enter the Internship: Tips for Getting Your Foot in the Door