The Mobile Development bachelor of science at Full Sail University is a degree program rooted in solving problems, gaining experience with industry standards, and hands-on applications. Graduates do more than just learn the programming languages they need in the mobile development world. According to Jason Hinders, Full Sail's Mobile Development Program Manager, they also earn a work ethic in constant learning that will propel their career in an ever-evolving industry.

In the first half of the Mobile Development degree program, the primary focus is creating solutions using software. Jason says, "A lot of the development degrees loosely share a core idea of problem solving. We give you tools that allow you to tell the computer, or mobile device, 'How do I exactly solve this problem?'"

With problem-solving at the heart of the degree program, even when students are learning programming languages like Swift for iOS and Java for Android, the real focus is on finding the right tool for the job.

"There are constantly kind of new updates and new programming languages, right?" says Jason. "As you go through your career as a developer, you're going to have new things that you have to work with that you never have before, and you're going to have to figure out how to pick up those things and learn how to use them."

Interface design plays another important role in the Mobile Development degree program. Students learn aspects of mobile user experience like interface standards for using applications on specific devices. "If you use an application on an iOS device, you know that certain buttons that you expect kind of do about the same thing across a bunch of different applications," says Jason.

Obviously, iOS and Android aren't the only avenues for mobile development. So this degree program also covers programming for connected devices like smart appliances and creating solutions using the Internet of Things. In fact, Full Sail's Smart Lab is an on-campus facility dedicated to the emerging technology in mobile development for the home, wearables, and touch screens.

At Full Sail, each degree program is designed to make sure grads leave with more than just a diploma. Portfolio courses give students the opportunity to create something they can show to potential employers while building their personal brand. And for new graduates entering the mobile development world, having examples of work you've already done is a big leg up.

"By the time you graduate, you have a portfolio with at least an Android app and an iOS app, and then an app of your choice," says Jason. Some students build two separate projects and some build on the one they've already started. Jason explains, "It's kind of your choose your own adventure at the end.

"Students have amazing portfolios when they graduate. The work that they have is pretty amazing."

Jason says another big way Full Sail's Mobile Development degree differentiates from other programs is class size. "We don't have enormous classes. That goes for most of Full Sail, right? So, the amount of interaction you have with your instructors I think is also super important," he says.

"We work closely with the students all the time, but that's kind of something that all professors do at Full Sail." 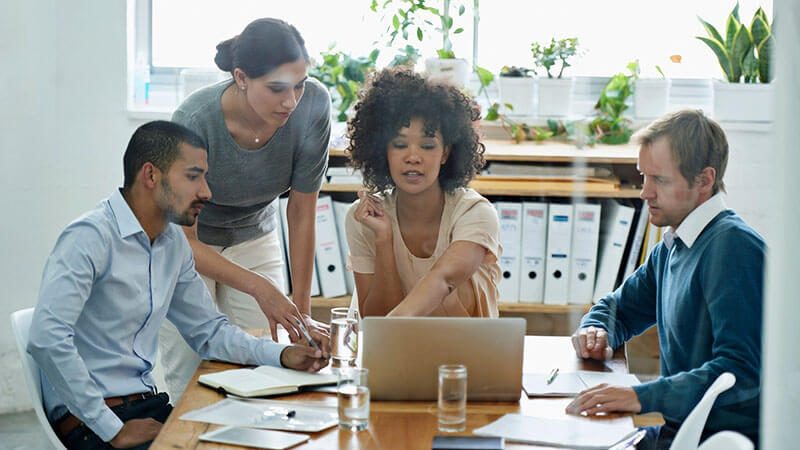 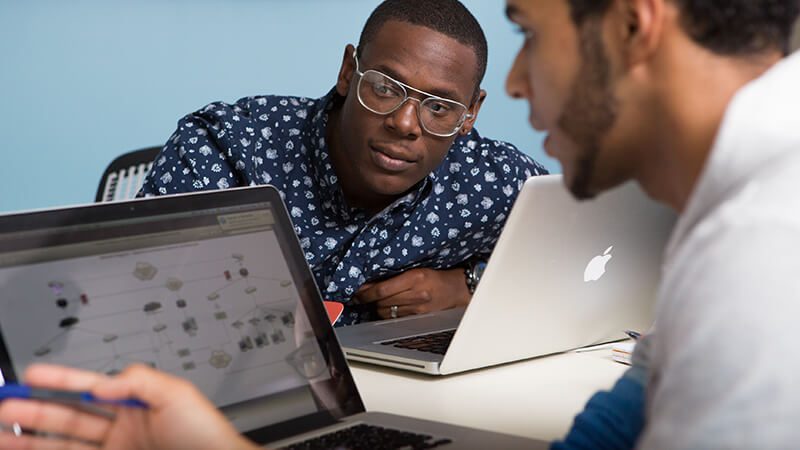