At Full Sail University, Simulation & Visualization is a bachelor's degree program that reflects our philosophy of getting hands-on, earning real-world experience, and finding creative solutions. It's a discipline that spans a wide range of applications and uses the most exciting emerging technologies, where there are no rules, except to jump in and figure out what works.

Simulation & Visualization Program Director Rob Catto explains that the program is divided into four components: programming, fabrication, visualization, and production. "The first half of their time at Full Sail, they're learning how to program, and we start them in C#, and then we move to C++," he says. "They're learning the math that goes along with that. And they're also taking general education courses."

We call this portion of the program the centralized track. "It is not essential that you know how to program before you get here. We've had plenty of graduates that never programmed before they got here, and they finished the program, and they're doing great," Rob says.

And while students don't need to know these programming languages to start at Full Sail, Rob explains that programming and math can certainly be a hurdle. If students aren't prepared, they may take some free remedial math classes at Full Sail to catch up.

Next, in the specialized track of the program, students learn basic electronics, how to program microcontrollers, and how to use circuit board design software. In this fabrication part of the program, they'll work hands-on in our Fab Lab with the equipment essential to the industry. The part-classroom, part-workshop lab space includes equipment like FDM and polyjet-resin 3D printers, a CNC router to cut customized circuit boards, a laser cutter, injection molder, and a Romer 3D scanner.

After that, students enter the visualization side of the degree. "All this time, they are also taking some computer science courses like networking, operating systems, probability data visualization, AI, computer graphics," Rob says. "But, for us, visualization is all about virtual reality and augmented reality." That includes using the hardware in our fully equipped VR/AR Lab, developing projects for the equipment, and learning the base programming application, Unity.

"The last focus group is production. In there, they're introduced to a full-scale motion base, and how to program for it, and how to integrate Unreal, which is another game engine," says Rob. In the Simulation Lab, this large-scale motion base is a platform that lets students take their ideas and create immersive experiences, like piloting a mech or flying the Millennium Falcon, and a number of other out-of-this-world simulations.

"Simulation and visualization is all about training, explaining, and entertaining," says Rob. "There's really not an industry that doesn't address either one or more of those three components."

And since Full Sail combines visualization, simulation, and real, hands-on learning with equipment, our graduates are uniquely prepared to hit the ground running in a wide variety of career paths.

That's enabled our grads to work in several areas of augmented reality and virtual reality since so many companies have digitized areas like employee training, education, and entertaining their audiences. For example, our grads have gone on to help create real-world simulators for everything from troop combat scenarios to theme park attractions and board room meetings. "When you look at it from that standpoint, there's not an industry out there that isn't going to be able to use or need the skills of the simulation and visualization undergraduate."

Rob says that while there are plenty of other computer engineering, modeling, and simulation programs out there, they mostly focus on either designing specific computer parts or the theoretical side of simulation.

"There really aren't any other programs in the country like ours," Rob explains. With its project-based curriculum, one of the key components of learning is making mistakes. "In other words, we don't discourage students from making mistakes."

In this program, making a mistake gives students a chance to troubleshoot, get creative, and find their own solutions. "For us, that teaches critical-thinking skills and that teaches problem solving." 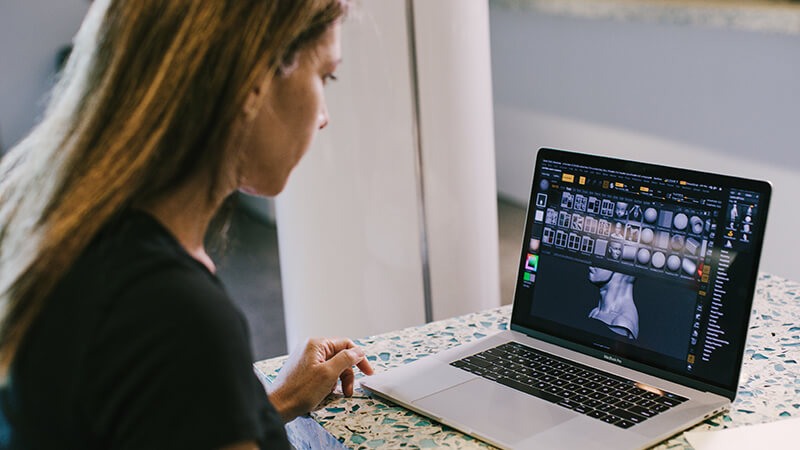