If you read through Rishi Barran’s resume today or chat with him about his high school days, you would assume he’s been an avid sports fan since he was a small child. In reality though, he wanted nothing to do with sports…or at least until his parents put him on the local youth baseball team. It was love at first bat and from that moment on, Rishi was hooked on all things sports related.

“I went from hating sports to living and breathing for them all within a short amount of time. I knew in high school that my dream job was to become a sportscaster. I loved playing sports but I loved talking about them just as much, if not more,” Rishi says.

For Rishi, journalism was in his blood. With his mom working as a correspondent for the local newspaper, he was able to secure a part-time job working alongside her. Rishi then made connections to gain access to the local radio station where he studied how the hosts performed their jobs. Immersing himself in the world of broadcasting was a common theme in Rishi’s young adult life. Through college you could find him taking every opportunity to gain experience in writing and reporting. From joining the staff for his college newspaper to traveling with his school’s sports teams to do play-by-play announcements, Rishi was always searching for ways to practice what he loved.

“Gaining real life experience and practicing is the best thing you can do when preparing for a career in sportscasting.” states Rishi. “At Full Sail, our students are being immersed in environments similar to what they’ll experience in their first job and I love that about this school. Students can practice calling plays through our new partnership with Rollins College while also gaining experience during class on a real set, right here on campus.” he adds.

Surprisingly, Rishi spent his first seven months after graduation working as a photographer at the same news station where he was turned down for an on-air sportscasting job. If you ask him about it today, however, he’ll tell you that was one of the best thing to happen to him.

“At the time, I really wanted to be an on-air talent but now I’m thankful that I wasn’t offered the position right after college. I was able to spend seven months working with producers which exposed me to things I never would have known if I had just jumped right into sportscasting.” he says, smiling.

Rishi says the absolute best decision he made in the beginning stages of his career though was taking a pay cut and moving to Ottumwa, Iowa. Within a year, he went from weekend sports anchor for KTVO-TV to the station's sports director and was able to run his own shows.

“I tell my students all the time to be humble when they start their careers. It’s good to have big dreams but if this is something you really want to do for the rest of your life, you need to take every opportunity to gain experience you can get. Always make sure you are the hardest working person in the room and learn from those who have more experience than you.”

Since his first on-air position, Rishi had gone on to win multiple awards for his work in Harrisburg, Pennsylvania; Syracuse, New York; Fort Myers, Florida; and Tampa, Florida before ultimately becoming the Course Director for Broadcast Writing at Full Sail’s Dan Patrick School of Sportscasting. He attributes it all to his continued hard work, dedication to mastering his craft, and a little bit of luck. When asked what he hopes to pass down to his students as they start their careers, he quickly answered that he wants them to know how important it is to be a good person first and to take every opportunity to learn the business from every angle. 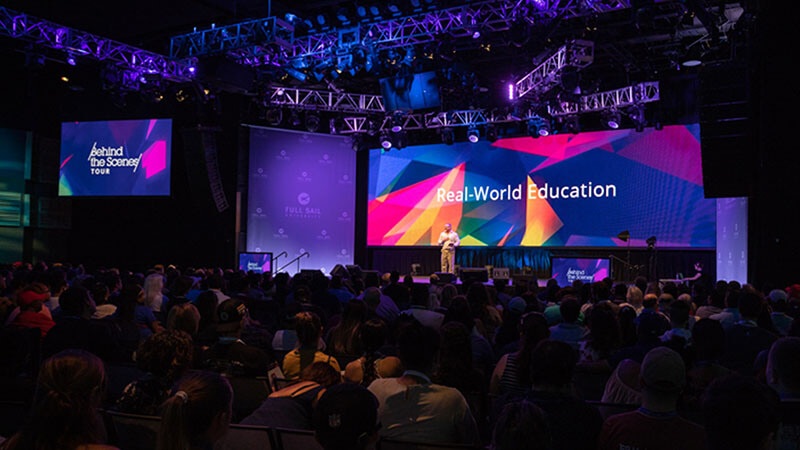 Full Sail University’s Behind the Scenes Tour: A Creative Way to Experience Life On Campus