It’s no secret that video is a surefire way to enhance a news story and engage an audience, but for many reporters with more traditional journalism backgrounds, video production can seem pretty daunting. Full Sail University’s New Media Journalism Master’s program is built around a curriculum that addresses the skills necessary for journalists to thrive in the 21st century, providing them with an understanding in both the fundamental principles of the industry as well as current digital media production practices to help connect content with a worldwide audience.

Course Director Jeff Sharon knows a thing or two about what it takes to produce excellent video content; in addition to teaching both New Media Publishing & Distribution and Digital News Production, he also has over a decade of industry experience as a reporter. His 15 tips for enhancing the production value of video content serve as a great example of the type of insight New Media Journalism students receive throughout their degree program.

1. Double-check your gear
In the fast-paced world of news production, journalists may not get a second chance to capture a moment on camera. That’s why it’s important to run through gear before going on a shoot. Ensuring that your battery is fully charged, your microphones work, and that you have a media card (with ample room on it) helps to reduce any technical snags that can derail a shoot.

2. Always use a tripod
Most hand-held shots come off as shaky footage that is more suited to home movies than professional news broadcasts. Carrying a tripod greatly improves a shot by reducing any unwanted movement and by locking in a balanced, level composition.

3. Shoot video the exact same way you shoot still photos
Avoid pans, tilts, and zooms when capturing footage. A good rule of thumb is to pretend that you’re taking still photos, except they’re moving pictures. Keeping the camera stationary on the tripod (see tip #2) will provide a steady and clear shot. Of course, if the subject of the shot is moving, it is appropriate to move along with it – provided that the move is smooth and offers enough subject lead room (or space ahead of their direction of travel).

4. Shoot and move
Once you get a shot of your subject, try a different angle so that you have more options to work with. If something is far away, don’t just rely on your camera’s zoom; get closer to it.

5. Shoot with the sun behind you
When outdoors, use the sun as your primary source of light. This may result in your interview subject looking into the sun, but this is far more preferable than your subject appearing completely dark by shooting from the opposite direction. When shooting indoors, use a bright light or lamp as a primary light source – and never shoot your interview subject in front of a window.

6. Vary your shots
The more angles you’re able to capture, the more you’ll have to work with when it’s time for editing. For every object, person, or scene you shoot, take a wide shot, medium shot, and three tight shots. When deciding on your close-up tight shots, choose the three most important things in the wide shot. So if you were shooting a woman typing at her desk, you would shoot close-up shots of her hands, her face, and her computer screen.

7. If you hear it, shoot it
You won’t always be able to shoot in controlled, silent environments, and that’s okay – what’s more of an issue is when audio pops up without an establishing shot to justify the sounds that otherwise may appear distracting to the main audio source. It’s best to pick the two best natural sound shots, and then use one as the first establishing shot and the other as the closing last shot. For instance, if you’re at the beach, you need to get a few shots of the waves to help justify the sounds of the ocean that will invariably creep into your piece.

8. Shoot in 10-second bursts
Once you’ve set up your shot and are satisfied with your framing, hit record and let the camera capture without being touched for 10 seconds. This will ensure that you have footage that is long enough to use in the edit and shots that provide enough time to let action happen within frame.

9. Don’t be afraid to get up close
Even video of mundane things looks more interesting when shot close-up. Don’t just stay stationary and zoom in, but move the camera and tripod up close to what you want to shoot. If necessary, you can also take the camera off the tripod and set it on something steady.

10. Always follow the Rule of Thirds
When framing a shot, mentally divide the screen into a tic-tac-toe board. The shot’s focal point should be at one of the intersections in the lines.

11. If you hear it, show it
It’s imperative to always consider audio when shooting. Try and get good close-up shots of things that make great natural sound. When you reach the editing step, set aside the one shot that has the best audio; this will become your establisher or first shot.

12. Begin with the end in mind
Video production is a form of visual storytelling, and it’s imperative that your story has an ending. When editing, think about what shot makes for a good ending shot, and then consider what would be your strongest beginning shot. Set these two aside and place them in the appropriate places.

13. Never use the same shot twice
Using the same shot multiple times in the same video is distracting. Every shot needs to be different from the last one. An exception to this rule would be if you capture something so incredible that you simply can’t avoid it – capturing footage of lightning striking a tornado or something else that is visually impressive can warrant a second use, but otherwise, keep it fresh!

14. No jump cuts
Jump cuts break continuity in time and produce a startling effect in the viewer – any moving objects in the shot will appear to instantly “jump” to a new position. This typically occurs when you put two sound bites back-to-back with no cutaway in between. Using cutaways can help to decrease this jarring effect, and if you followed step six, you should have at least five separate angles to choose from to help cover your edit.

15. Never use crazy effects
While it’s tempting to use your video editing software’s built-in visual effects to spice things up, it’s best to keep things simple. Avoid sepia tones, fancy transitional wipes, and any cursive or wild fonts. Use only cuts for transitions. Dissolves can also be used to show the passage of time, or if the video is moving at a leisurely pace. Only use fonts that are easily readable.

Five Ways the Newsroom – and the Journalist – Has Changed Forever 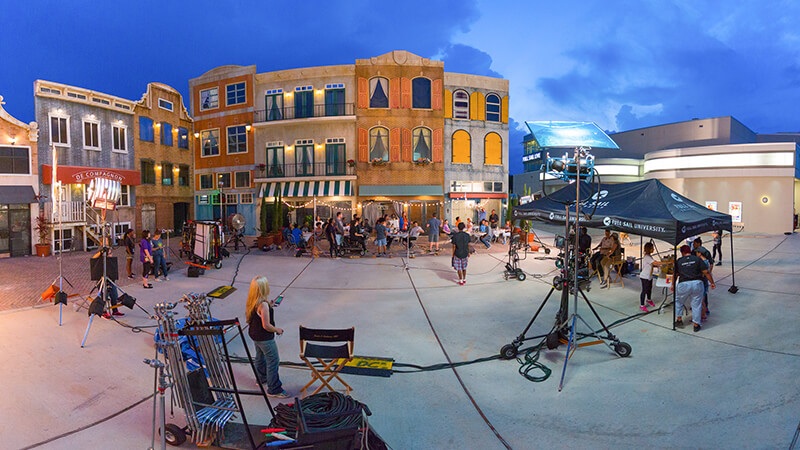