Published on Sep 7, 2016 by Monica Agatstein

The Miami Dolphins hosted a career networking event last month that was catered exclusively to Full Sail alumni and students who would be graduating by November. For three hours, a large windowed conference room overlooking the field brandished with the Dolphins’ logo was abuzz with around 300 alumni getting face time with their preferred employers. Attendees came prepared with their resume packets and a positive attitude.

The event took place at Camping World Stadium and occurred prior to the Dolphins’ preseason game against the Atlanta Falcons, which event participants were also able to attend. A panel of industry professionals discussed their experience and tips for working in the sports industry, and Full Sail University Hall of Fame Inductees Larry Katz, Joey Morelli, and Leslie Brathwaite were also in attendance to speak with their fellow alumni.

“I think it’s great that the Miami Dolphins wanted to host this event to bring students and alumni in. This event stands out to me because it’s driven by the industry, which is fantastic,” said 2013 Film graduate David Janiczek. David was particularly interested in this event because it featured numerous employers from around the state of Florida, which is where he would like to find work.

“Everyone was very receptive, even if I spoke with employers who weren’t offering job positions in my field,” said 2009 Computer Animation grad Mark Begonia. “They took my resume and wrote notes on it to make sure it got to someone else [in their company] who might find it useful. Overall it was definitely worth coming here, because you never know what’s going to happen. This could be the one event you didn’t attend where you missed out on an opportunity.” 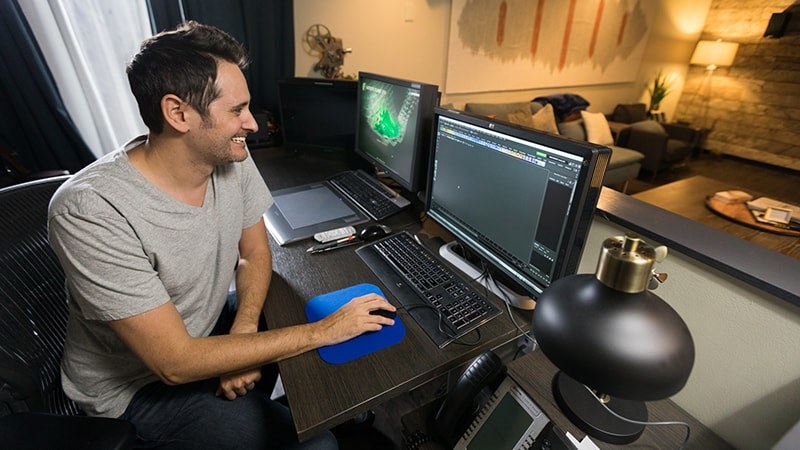 Tips For Freelancers From A Professional Animator