Central Florida is home to a thriving simulation industry, a field we’ve seen a number of our game studies students head into after graduation. While it’s a career path you might not initially think of when earning a gaming degree, simulation covers a range of applications, and is an increasingly viable avenue for programmers.

We recently checked in with a group of Game Development grads who have found success as software engineers at two area studios – Corey Ringer and Vincent Biancardi at Engineering & Computer Simulations, and Kiel Ewing and Jeremy Kryvanis at Intelligent Decisions. These grads each spent an afternoon with us to shed some light on their work.

“In simulation there’s a lot of variety with the types of projects you get to be a part of compared to a typical game studio,” says Corey Ringer. “Right now I’m on three or four different projects – like the EMST, our Emergency Management Staff Trainer, that is used for training the high level decision making process of staff. Another product our company created is vMedic, which provides a first person simulation for tactical combat casualty care.”

While many game programming concepts still apply to these products, working with the proprietary technology involved in developing them has been an interesting change for these grads. Vincent Biancardi described working with advanced medical dummies that contain realistic arteries, while over at Intelligent Decisions, Jeremy Kryvanis and Kiel Ewing have spent the past year refining the Dismounted Soldier Training System. This package incorporates a full body virtual reality suit that is used by the U.S. Army to run combat scenarios.

“It’s a squad level trainer, so you’ve got all these guys networked together in game,” Kiel says. “They wear a suit with sensors on it, a head mounted display, and then a backpack CPU. That backpack communicates to a server, and we have exercise control software that monitors the simulation. It also looks for things like posture changes, so if you take a knee or go prone, your avatar does the same thing.”

“It’s a supplement to training,” Jeremy Kryvanis adds. “You can practice the same thing you’ll have to do in the field, so when you get out there you have a familiar feeling of how to do it. It also saves money, and has an added safety factor. They can train in environments that they can’t go out in every day.”

While these grads are still dedicated gamers, they explain a sense of pride that comes with working on projects that have more of a real world impact. Just two examples – FEMA uses a system from Engineering & Computer Simulations to run hurricane preparedness drills, while the Army is still finding unexpected uses for the Dismounted Soldier system.

“We’ve gotten a lot of good feedback,” Kiel says. “One of the sites we installed to started using it to assist with therapy in patients who had post traumatic stress disorder. It’s not something we had envisioned the system being used for, but just another way it benefits the military. Things like that are really cool for us.”

As we learned, simulation offers a range of rewarding work, and even includes a good amount of travel as these grads fly out to different locations to set up and train people on their systems. Programming tends to be a much larger career field than many consider, and the applications these grads have helped create are just a few of examples of the work being done by software developers outside of gaming.

“You should really do your research on what companies are out there and what you want to go into after you graduate,” Vincent says. “Some of the people from my class are even in Nevada working on casino games, so there’s a lot beyond what people traditionally consider.”

“I think it’s just good advice in general not to pigeonhole yourself into one section of the industry,” Corey adds. “People who are more willing to adapt to new opportunities seem to be able to get jobs faster. It’s the willingness to change and try new things that will make the difference in your career.” 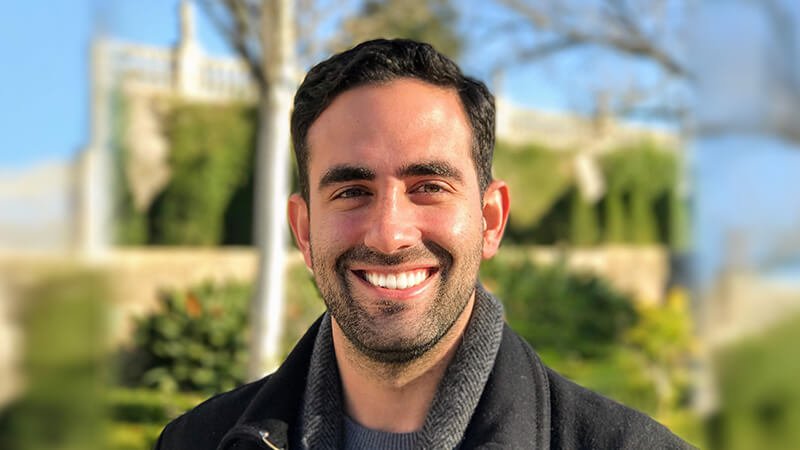