Jobs at large companies like EA and Activision are some of the first positions that come to mind when game-industry hopefuls think of potential opportunities, but AAA studios are far from the only option. Smaller, privately owned studios offer plenty of roles on indie projects or on the same blockbuster titles that gamers love.

Indie employees don't have to leave their Halo dreams behind: Many smaller companies work on major titles via co-development contracts.

"When I came here, I started out working on [Certain Affinity's] first real big lead development AAA effort. That came to a conclusion, and then I started working on Halo Infinite as a Senior Producer for multiplayer," says Aaron.

Co-development contracts also give employees the opportunity to work on multiple titles at once.

"When I was [at a larger studio] I worked on a couple of games for the very first year, and then I switched to Call of Duty, and I did nothing but Call of Duty for a decade," says Hall of Fame grad Mark Kilborn. "I've been [at Certain Affinity] for just over a year; I've already touched three different projects, two different genres of games, and I'm going to be working on something else a little later this year that's completely different."

AAA studios are notorious for mandatory overtime called "crunch." While some employees thrive on the adrenaline rush, others get tired of the process and look elsewhere for industry jobs. Leaving crunch behind was a big plus for Mark.

"They clearly try very hard not to let crunch happen here. I have not crunched even 10 minutes in the last year," Mark says.

Smaller companies frequently have more flexibility in their HR policies and budgets, too. Aaron negotiated for more paid time off when he started at Certain Affinity. He also noticed stark differences between how his last employer and Certain Affinity dealt with the challenges of the COVID-19 pandemic.

"CA sent me tons of care packages and little thank you cards. And they're like 'Oh, we heard you like tea. Here's some nice green tea.' Just little things like, 'We appreciate you'… They're privately owned so they can do the whole 'Well, we'll move money around, and we'll do this because we care about our employees," Aaron says.

Advanced skill sets, significant experience in the game development pipeline, and strong professional networks helped all three Full Sail grads land their current jobs. But the path from submitting a resume to sitting at a new desk varies. As a co-owner of Ghostpunch Games, Alejandro has in-depth insight into the hiring process at smaller studios.

"We have a test that everyone needs to pass, regardless of experience level, that basically can prove that you are an expert at C++… We test algorithms, we test data structure, and we test a few other things," Alejandro explains. "Then I have a series of online interviews where we discuss soft skills and all that sort of thing, as well as being able to justify their expertise in coding."

Since smaller studios have fewer employees, fitting into the company culture is even more important. On top of making sure that an interviewee shares the company's approaches to work ethic and communication, Alejandro and other small studios look for applicants who can improve the company as a whole.

"One of the things we look for in people we hire is not just a culture fit, but a culture add. Is this someone who's going to improve us as a team, but also get along with us? There are certain personality traits that we filter out, so everyone is pretty easygoing and handles stress well… We just have an eclectic group of people who like hanging out with each other and are very talented," says Alejandro. 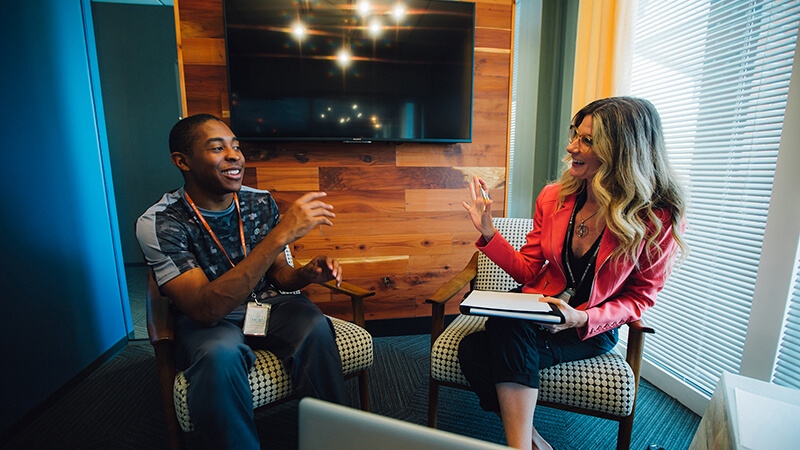