Game Design grad Ethan Hayes learned the true value of networking when he reached out to a fellow grad for career help.

Teamwork and networking are cornerstones of a Full Sail University education. Students are taught the importance of making lasting connections with fellow peers and industry professionals, since those connections can help them grow in their careers. For Game Design grad Ethan Hayes, these lessons would come in handy when he needed help finding a job.

"Armada is the best networking tool on campus," says Ethan. "I don't care how many [networking] summits you go to, you can go to just as many Armada meet-ups and you meet twice as many people – people that will remember your name."

Right before graduation, after working an on-campus esports event, Ethan was focusing his attention on his post-school employment prospects and decided to reach out to grad Kevin Aguirre, who had recently been back to campus to discuss his work on various esports projects.

Kevin's work with Major League Gaming and Activision Blizzard had inspired Ethan, so, taking a chance, Ethan contacted Kevin to see if he had any advice or connections to offer. It turned out that Kevin did, and soon after graduation, Ethan would land a role with headset/controller company Astro Gaming, representing them at the EVO 2019 championship in Las Vegas.

It was a humbling experience for Ethan, something that he still reflects upon today. "I need to call him up and thank him again," he says. "I haven't thanked him enough for even the first opportunity."

For Kevin, the process of spreading Ethan's name to potential employers was as simple as asking a question. "On my end it was really just word of mouth," he says. "I look through my network of friends that I made and ask, 'Hey, do you guys usually hire newcomers, or do you guys usually help people out like that?' and it was like, 'Yeah, absolutely.'"

Ethan has gained a lot more confidence since landing his job with Astro Gaming, and this momentum is propelling him even further as he prepares to apply for new roles in the esports field.

"You feel a little bit stronger coming as a candidate when you know that you have the backing of all of Full Sail behind you," says Ethan. 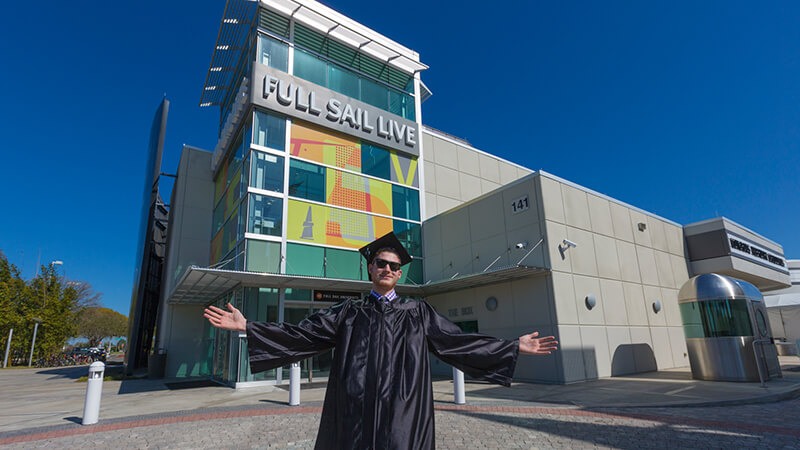