Earlier this year, news broke that Searching for Sugar Man, the documentary that won the Academy Award for Best Documentary Feature, shot some of its scenes with an iPhone. (More on that below.) That achievement was further proof that high-quality, critically-acclaimed films (and smaller projects, too) can benefit from using more than just a 35mm camera. More proof: Of the filmmakers whose work was featured at last year's Tribeca, Sundance, and SXSW film festivals, submission paperwork revealed that several used various DSLR cameras and some used iPhones and GoPros.

While an iPhone doesn't make you a filmmaker – visual storytelling is still at the root of a good film – it's encouraging to see projects being made with different kinds of equipment.

"It's a 'renegade filmmaker' perspective," says Maylen Dominguez, the Program Manager of Full Sail's new Film Production MFA program. "People are learning that they can make an interesting story by using all kinds of gear."

Standard film cameras are still the preferred choice of many, but the rise in popularity of smaller, digital equipment has made it easier to capture a wide range of footage. Says Full Sail Film program Lab Specialist James Neihouse about using DSLR cameras while filming: "They're the next best thing to shooting film as far as I'm concerned. I always like shooting film, but if I have to shoot digital, small Canons are great."

Check out some more examples of how this gear is gaining popularity below.

The 2012 Oscar-winning documentary Searching for Sugar Man is about a pair of Cape Town men who investigate the rumored death of singer Sixto Rodriguez. Towards the end of filming, director Malik Bendjelloul ran out of money to buy more of the expensive Super 8mm film he had been using and instead downloaded the "8mm Vintage Camera" iPhone app from the App Store, which cost him $1.99. He was able to complete his final shots and seamlessly edit them into the rest of the film.

While Searching for Sugar Man only shot some of its scenes with the iPhone, the online-only iPhone Film Festival features movies shot completely with the phone. It was organized by a group of filmmakers looking for more outlets to showcase low-budget work. It's a great place to check out films from several genres.

As part of this year's Tribeca Film Festival, the #6SECFILMS Vine Competition asked users to submit six-second films via the social media app Vine. More then 400 entries were submitted and winners were chosen by a team of judges that included director Penny Marshall and actor Adam Goldberg. Check out some of the winning entries here.

In a March Forbes magazine profile, the GoPro was cited as America's fastest-growing camera. Its latest incarnation, the HD Hero3, shoots panoramic, hi-def 1080p video at 60 frames per second and comes in a durable casing. It's a popular choice for capturing action footage. Check out tech blog Gizmodo's list of the 13 Most Awesome GoPro Videos So Far.

In 2010, an entire episode of the hit TV show "House" was shot with a Canon 5D Mark II, a DSLR (digital single lens reflex) camera, and the episode's director, Greg Yaitanes, called it the future of filmmaking.

"The main advantage of using this camera is its size," says James Neihouse, who has worked closely with Canon on several projects. "You can put it in places that you normally wouldn't be able to put a bigger film camera and it shoots a very nice, hi-def image. A lot of Hollywood people are using them for stunts, [like] strapping them onto a motorcycle or bicycle."

Check out the trailer for the 2012 film Captain America: The FIrst Avenger (which also featured the work of 43 Full Sail grads). Many of the film's motion sequences were shot with the Canon 5D Mark II.

Moving away from DSLRs and into the realm of smaller cameras is the new Canon EOS C100, which Full Sail's Film department recently acquired. Used mainly by students in the Documentary Filmmaking course, the camera "is really good for run and gun type shooting," says Lab Specialist Tyler Billingsley. Tyler, who recently shot a personal project with the camera, describes it as a type of hybrid between the DSLR cameras and larger film cameras. It's lightweight, affordably priced, and shoots in HD.

"Any good filmmaker or storyteller is going to be able to use this [camera] to make something more," says Tyler, reinforcing the notion that it's the filmmaker, not the equipment, that matters when it comes down to making great work. 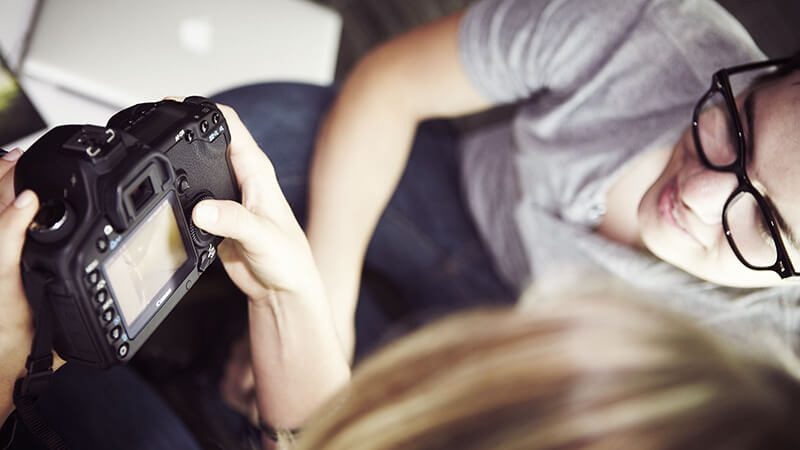 How to Succeed in the New Media Journalism Master's Degree Program 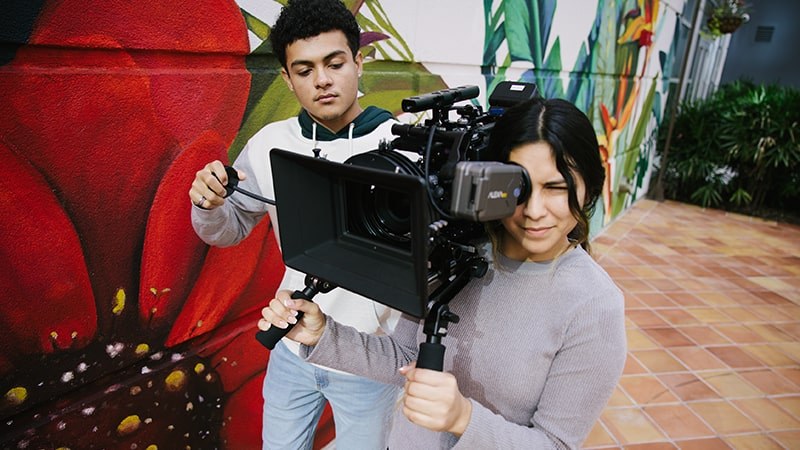