If You've Got It, Font It: Getting the Most Out of Typography

Trajan’s Column is a nearly 2,000-year-old monument depicting the Roman Emperor Trajan’s victory over the Dacians in 106 A.D. Assassin’s Creed is a highly popular video game franchise developed by Ubisoft in 2007. These two entities may seem unrelated, but in fact, they have a key component in common: they share a font.

“Most of what we know about fonts today comes from the Renaissance,” says Triesta Hall, Department Chair of Digital Publishing for Full Sail’s Digital Arts & Design program. “The invention of the Guttenberg printing press laid down rules for fonts that we use even today.” 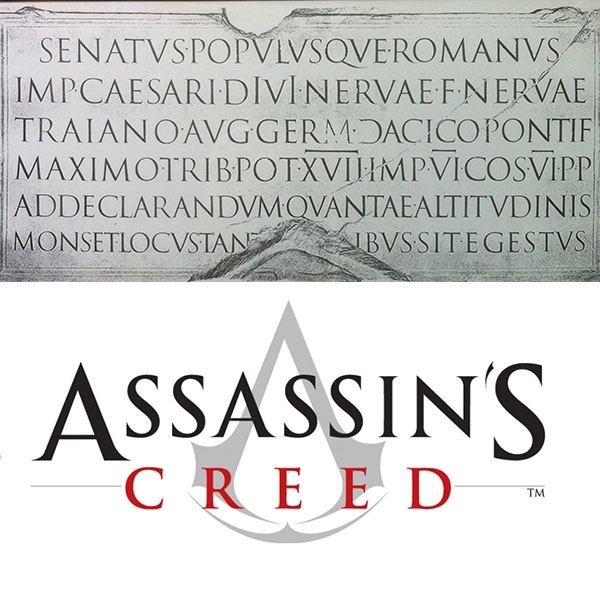 Trajan typeface, for instance, was designed to mimic the clean lines and readability of the inscription at the base of the Roman column. Those clean lines translated easily to the impressions left by moveable type on paper. Because Trajan has survived the test of time, many designers consider it to be more than a font. To them, it’s a work of art.

This is the mindset that master typographers bring to the table when developing new fonts. The process is long and meticulous, sometimes taking years to complete from start to finish. While the detail oriented life of a master typographer isn’t for everyone, there are aspects of the craft that are useful for designers looking to add a little custom flair to their work. We asked Triesta and her colleague, Course Director Suzy Johnson, for tips regarding development and use of typography in design.

Give the greats their due.
We interact with typefaces every day, yet few people are able to name more than a handful off the top of their heads. This is the hallmark of a well-crafted font, one that manages to be ubiquitous without calling too much attention to itself.

Aspiring font designers should make a point to study the greats before diving into their own projects. “If you don’t study type faces to begin with, you’re never going to be able to craft a type face that suits a variety of needs,” says Suzy.

She suggests really getting to know what each letter looks like— their shapes, their history and context. Good background knowledge is also helpful when it comes to choosing an existing typeface for design projects.

“Fonts have their own personalities,” says Triesta. “Newspapers, for instance, will use old fashioned serif fonts in order to be taken seriously. You won’t find many articles written in comic sans.”

Tech influences type.
As more and more of what we read goes digital, it’s important to understand how text has changed along with technology. A hundred years ago, fontographers were mainly concerned with how text appeared on paper. Black ink on a white background provided a crisp contrast, making it easier for swirly scripts to stand out. By contrast, most modern designs feature structurally consistent sans-serif fonts like Helvetica or Futura. These typefaces look good on both simple and complicated backgrounds, and they can be easily optimized for different screen resolutions.

“Now, it’s all about how many pixels you can shove into a .5 megabyte file,” says Suzy. “Typefaces are mechanized objects that are influenced by the technology used to make them.”

Weight each character carefully.
Triesta points out that there’s a difference between making a font and illustrating letters, what she calls “organic typography.”

“When you make a font, you’re essentially making a database of letters and characters using software to replicate them. It’s a different process than illustration,” she says.

While an illustrated aesthetic can allow for tiny differences in the look of each letter, the process of creating a proper font file is all about achieving a uniform aesthetic. A capital “O” is always wider on the left or right than it is on the bottom, for instance. The same goes for the rounded parts of lowercase letters like “b” and “d.”

Striving for consistency in these details isn’t just about good design, it’s also about functionality. The way letters are weighted (how they’re thinner in some places and thicker in others) helps to anchor them to the page, and makes it easier for a reader’s eye to quickly scan them. A correctly weighted font also means that each letter and character has the ability to naturally fit next to any other letter or character without looking odd or out of place.

Take your time.
Again, developing a custom font involves a tremendous amount of work. As with any detail-oriented task, it’s important to slow down and allow the process to unfold naturally. You may have to draw a letter or character a hundred times before you get it right, and that’s okay.

“Those tiny details, that you don’t always notice until you’ve been pushing pixels around on a screen for 20 hours, that’s what really makes a typeface great,” says Suzy.

For more on how designers are pushing the boundaries of typography check out this video from PBS.

How to Give a Presentation That Rocks 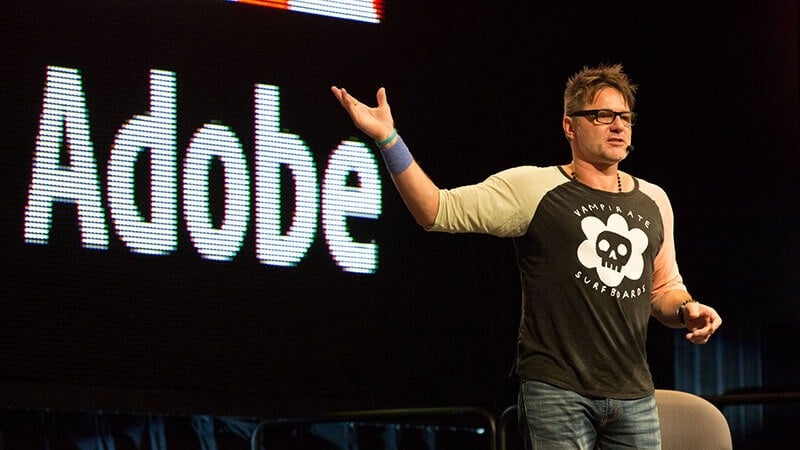