Journalism isn’t dead, but the industry has gone through changes that have made facets of the business unrecognizable when compared to the traditional model of the 20th century. Journalists currently working in their field need to know the principles that shaped the foundation of journalism, as well as the methods and tools to apply and adapt those concepts into the fast-moving news landscape of today.

Jeff Sharon has worked in an assortment of roles throughout his 10+ years of working in the industry, taking on both traditional positions such as Sports Anchor and Reporter and Weather Anchor for former CBS affiliate WNEG-TV in Northeast Georgia, to radio hosting and blogging for the University of Central Florida and Genesis Communications’ SportsTalkFlorida.com. Jeff is also the Course Director of the Digital News Production and New Media Publishing & Distribution courses in Full Sail University’s New Media Journalism Master’s program, where he helps to prepare students for the challenges and opportunities that await them in the industry, while also providing them with the tools and knowledge to navigate the different avenues of electronic media that we rely on to get our news. Jeff shares five ways the traditional journalist’s role has transformed over the last few years.

1. The 24-Hour News Cycle
Long gone are the times in which news was relegated to the traditional 9-to-5 work day, thanks in no small part to cable news and the Internet. “You’re on-call 24 hours,” says Sharon. “The worldwide nature of our society dictates that things you need to know about happen around the clock. It’s not a new thing, but our increased world awareness in the 21st century means that, when news happens, you need to either go cover it, or find someone who knows about it so you can talk to them.”

2. Everyone Has to Do Everything
Being able to wear a few different hats doesn’t just give journalists an advantage today – it’s really a necessity. Where it was once common practice for news teams to be comprised of employees who specialized in one skill, today’s writers need to be able to take photos, photographers need to be able to edit, reporters need to know how to shoot video and so forth.

“Everyone has to know how to do a little bit of everything. The more you can do, the more marketable you are,” Sharon says. “You can still have certain lanes that you focus on, but you everyone should be able to format a sentence properly, know a little bit about video and SEO. And if you are really great at video, you should know a bit about still photography.”

3. Being Right is More Important Than Being First
Reporters once scrambled to place themselves at the forefront of breaking news. And while actively participating in the current conversation should still be a primary goal, the nature of the Internet has placed a premium on ensuring that the information being presented is correct, and the value of being first has decreased.

“One small error can compound itself instantaneously, thanks to the eager efforts of would-be investigators lurking in the comments section and armed with instant search. Corrections are no longer in the afterthought process – they happen in real-time for the world to see,” says Sharon. “This also means that the audience will penalize wrong reporting harshly. So you had better make sure that your reporting is ironclad. If that costs you the extra few minute-advantage of being first, then so be it. At least you’ll still have your credibility.”

4. The End of Paper
It should come as no surprise at this point that the days of printed newspapers are numbered – take a moment to consider how you have come across most of the articles that you have read today, including the one you’re looking at right now. Several newspapers around the country have weighed the costs of printing paper along with the dip in subscribers and have wisely cut back or even completely eliminated their print operation in favor of digital-first distribution

“This reflects the demands of a younger audience, rather than hanging on to the remaining old audiences who still prefer print,” says Sharon. “As digital adoption continues to increase, so too will the cuts in print editions of newspapers.”

5. Good Journalism Can Be Done Inexpensively
The advancements in technology have truly leveled the playing field for those who produce top-quality content, giving smaller groups the ability to compete with the larger organizations that can afford massive, multi-thousand dollar cameras. This certainly makes things easier, but at the same time also holds a magnifying glass up to the actual news that’s being presented, rather than relying on the “wow” factor of how it looks.

“Your mobile phone can take high definition video and high-resolution photographs and upload them to the web in seconds,” Sharon says. “If everyone has the ability to produce multimedia content, then the determining factor is the quality of that content. If everyone can do it, then you have to be able to do it well.”

Journalism is changing rapidly, but for those who can adapt and learn, advances in technology are opening doors to a new generation of journalists.

Learn More About This Program
Areas of Study
Related Stories 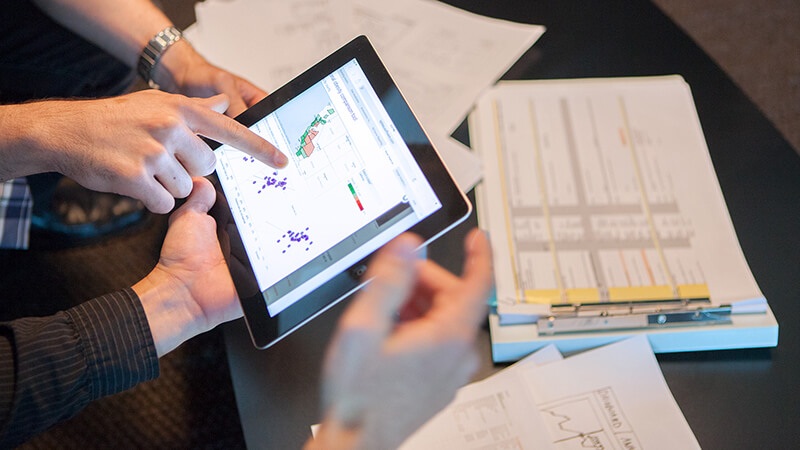