‘Make the Technical Feel Like Magic’: Martin Potoczny on Why Details Matter

As Founder and Creative Director of LUXE Creative, a full service event production studio based out of Pittsburgh, Pennsylvania, Martin Potoczny lives to create beautiful experiences. Over the years, he’s lit corporate events for entities like MIT, Virgin Atlantic, and Microsoft. He’s toured with Madonna, Rihanna, Roger Waters, and designed the award-winning production lighting for Lady Antebellum’s first major tour. He’s also brought his unique brand of energy to Full Sail’s campus, first as a Show Production student and later on as a lighting designer for Hall of Fame. This year, he’ll step into the spotlight and take his place among the other inductees in the Eighth Annual Hall of Fame.

In addition to his accolades, Martin has always understood what researchers are only recently coming to understand, which is that experiences consistently provide more happiness to consumers than material things, which tend to lose their novelty quickly. Experiential purchases provide consumers with positive memories that remain affirmative (or even improve) in the retelling, and in the event that things do not go as planned, then at least you’ve got a good story.

This is the brand philosophy behind LUXE Creative, an effort born out of Martin’s post graduate experiences as a lighting designer, first for corporate events and later, for some of the biggest tours around. After four years, he ultimately left touring to return to his hometown of Pittsburgh in order to be closer to his family. No longer the industrial steel town of his youth, Martin found a city in the grip of a full-fledged arts and culture renaissance. He attended a few charity events around town, and was surprised to find that they were put on by production companies based in other cities. Seeing an opportunity, he decided to fill that niche.

Now, nearly ten years in, LUXE has become one of the most sought-after producers of luxury creative experiences not only in Pittsburgh, but the entire Northeast. Often, Martin’s clients are trusting him to distill their most meaningful milestones into a singular, celebratory experience, and he’s built a reputation on his ability know just what to do (and when) to evoke a feeling at a special event.

“A wedding, a 50th anniversary, the centennial celebration of a global corporation. These are huge milestones, and when a client chooses to celebrate them, it’s not just about the moment, it’s about the bigger picture. It’s our job to convey all of that hard work and passion into a single, culminating experience.

“You have to pay attention to the smallest details if you want to make the technical feel like magic,” he says.

For example, last year Martin and his team wanted to create a cozy, rustic vibe for a private event. He found the perfect faux fur accent rug for the occasion. There was just one problem: The retailer only had a few of the rugs in stock. Martin needed more than 30 to complete the look of the space. A competing local retailer carried a similar product in bulk, but the color was just slightly off. Whereas other firms might have compromised on the color of the rugs for the sake of simplicity, Martin and his team spent several days driving to various parts of the state, buying up a handful of rugs at a time until they had enough for the event.

To someone outside of Martin’s world, these details might seem overly specific, but he’ll be the first to tell you that each individual design component adds up to a comprehensive sensory experience, which is crucial when it comes to eliciting emotion from a crowd.

“There is a formula I’ve figured out over the years that is scalable,” he says. “There are a few anchor points to a really great experience — when you play certain notes in combination with a certain color of light, or hit people with a certain scent in a room that’s the right temperature. These things will physically pull at their bodies.”

This intersection of psychology, immersion, and technical execution was also the inspiration behind last year’s Thrival Innovation and Music Festival, an event featuring music and presentations geared towards technology and start-up culture. As creative director for the project, Martin designed all of production elements of the festival and worked with other luminaries in the community to oversee programming.

He also recently expanded LUXE’s physical headquarters, moving his team into a 21,000-square-foot warehouse facility bordered by floor-to-ceiling windows and housing an impressive collection of vintage neon signs. It’s an expansive space bursting with light, which, for Martin is the thing he always comes back to when starting a new project.

“We evoke emotion through energy,” he says. “And what is light but energy we can see and feel?” 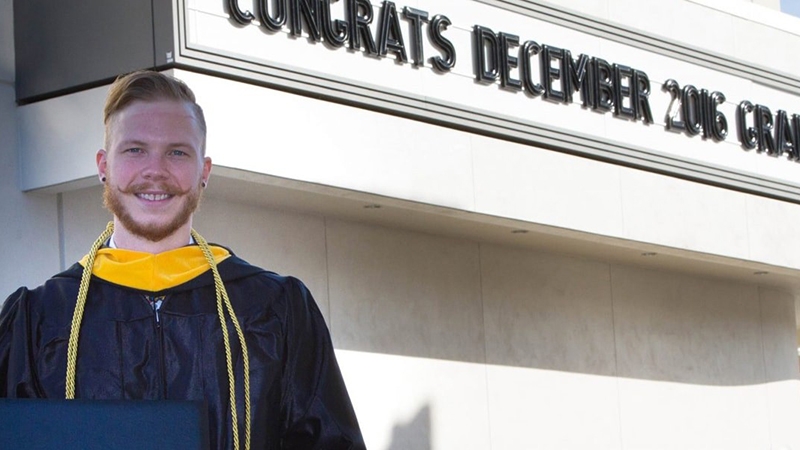