That all adds up to a real-world education that's complemented by a range of strategic partnerships with high-profile companies that span several industries. These partnerships give students at Full Sail a number of opportunities to work on real projects for some of the biggest companies in the business.

WWE began filming its NXT television series at Full Sail’s Live Venue in 2012, opening opportunities for students to work in the entertainment industry on campus.

From audio and video to lighting, set-up, and tear-down, students in Sports Marketing & Media, Entertainment Business, and Media Communications work alongside WWE professionals in all aspects of production.

Students focused on entertainment business work with our WWE Student Initiative to handle the marketing, ticket distribution, hospitality, and crowd management aspects of each event.

WWE has also given more than $250,000 in scholarship donations to Full Sail students.

Rooster Teeth staff have made regular guest appearances at our annual Hall of Fame for panels, live streams, meet and greets, and career networking events. Our partnership with the multimedia entertainment company also brought in students to work on collaborative podcasts, live streams on animation, and even the production of an arcade-style video game that debuted at RTX.

“Rooster Teeth is about community,” says producer Brian Reilly. “And for every department at Rooster Teeth, there is a corresponding degree program at Full Sail."

USTA and Tennis Channel are providing opportunities for students to get hands-on experience in event broadcasting, production, and reporting. Tennis Channel will oversee student-run productions and year-round reporting from the USTA's National Campus in Orlando with a rotating group of students working in a variety of areas.

Full Sail has partnered with nearby Rollins College to provide students with even more opportunities to collaborate on projects like musical performances, sporting events, and radio sessions.

As a part of the collaboration, students from Full Sail’s Dan Patrick School School of Sportscasting are able to lend their voices to the Rollins athletic department by calling the college’s home sporting events.

“It’s a huge win for us because it allows us to expose our students to not just classical ensemble but also instruments they’re not used to," says Full Sail educator and Program Director of Music Production Russ Gaspard.

In partnership with Full Sail, the world-class Dr. Phillips Performing Arts Center in downtown Orlando brings students in to work in lighting, sound, and other production roles on performances ranging from classical music and touring Broadway shows to lectures, rock concerts, and more.

Full Sail students have the opportunity to take part in shooting footage for the Golf Channel, a subsidiary of NBC Sports, on campus.

For instance, Show Production graduate Andrew Ellis had a chance to work on the Emmy-nominated talk show, Feherty, hosted by David Feherty on Full Sail's campus.

“I’ve been asked back to work on Feherty twice since graduating," says Andrew. "It’s nice to have NBC on my resume because they’re a big name in the industry, and they pay well and take care of their crew.”

TV4 Entertainment brings a fresh perspective to streaming channels and digital studios and in 2019, they brought their global headquarters to Full Sail's campus.

Full Sail has been a sponsor of OrlandoiX since 2015, and conference relocated to campus in 2017. Other sponsors for the event include Microsoft, HTC Vive, EA Sports, and NASA.

“Full Sail has been a great partner throughout the lifetime of OrlandoiX," says David Glass, Creator and Executive Producer of OrlandoiX. "It’s a great school that provides a wonderful setting and opportunity for students to create interactive experiences related to virtual reality, video games, and digital entertainment.” 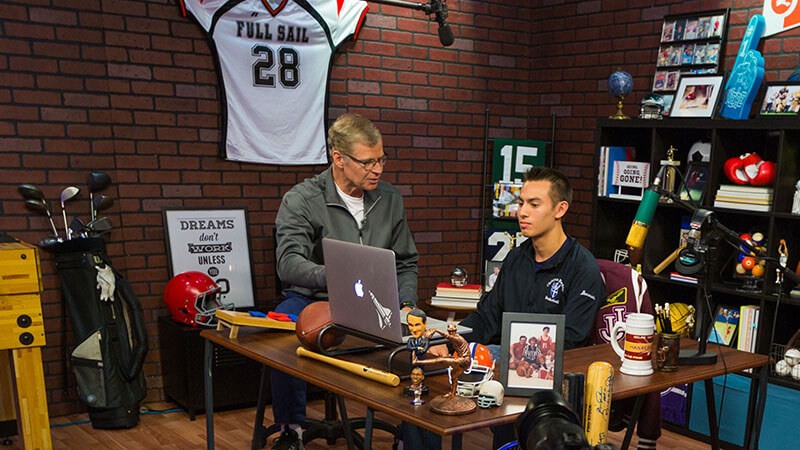 How it Works: Getting a Sportscasting Degree at Full Sail University 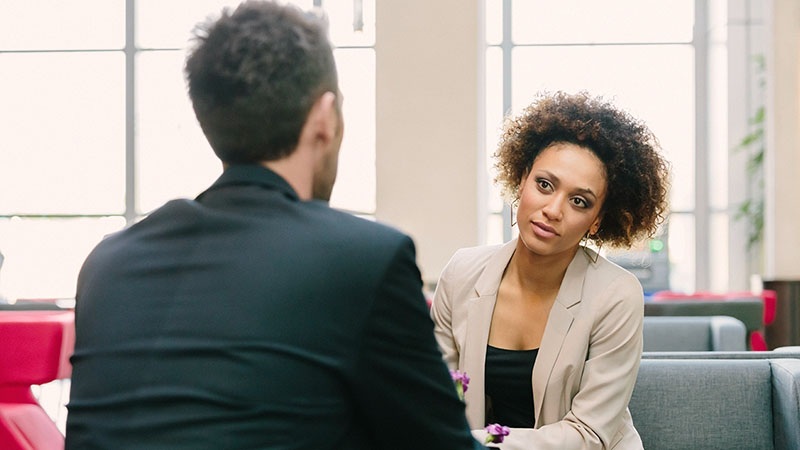 Pro Tips for Getting a Great Interview