Though most people think of Orlando as the home of the best theme parks and attractions in the world, Central Florida has quickly become one of the top destinations in the nation for sports franchises and events. The region has something to offer fans of almost any sport, and sports can be enjoyed year-round thanks to the region's constant sunny weather.

While most of the country has to endure bitter cold if they’re not playing in a dome, we kick off every new year with the Citrus Bowl in the newly renovated Camping World Stadium on New Year’s Day. This is the third of three NCAA bowl games played in the stadium every year, and it boasts a marquee matchup typically between the Big Ten and SEC. The Citrus Bowl is one of college football’s most storied bowl games and always a great way to get the New Year started.

The NBA season is in full swing in the winter and catching an Orlando Magic home game at the Amway Center is always a fun time. Located in the heart of downtown Orlando, Magic home games offer an opportunity to experience the city. From their mascot, “Stuff the Magic Dragon,” to the Magic Dancers, these games are sure to entertain.

What is the first sport you think of when you think of Central Florida? I bet the answer wasn’t hockey, but Central Florida is home to two professional hockey franchises. You can catch home games for the Orlando Solar Bears of the ECHL at the Amway Center, or head over to Tampa to watch the Tampa Bay Lightning play in Amalie Arena.

There are NASCAR races, and then there is the Daytona 500. This yearly event brings people from all over the world to Central Florida to watch the sport’s best face off in its most well-known event. Whether a NASCAR diehard or a casual fan, the Daytona 500 is something every sports fan should experience.

All good things must come to an end, and around here we end football season with a bang. Orlando’s Camping World Stadium is home to NFL Pro Bowl. The Pro Bowl brings with it a week of events and activities for sports fans of all ages to enjoy. Of course, the week ends with a game involving the best players in the NFL taking the field together.

What’s the first thing that comes to mind when a sports fan thinks of spring? Spring training, of course. If America’s pastime is your favorite sport, then you can’t miss the Atlanta Braves’ spring training in the ESPN Wide World of Sports at Walt Disney World. For more baseball once the season gets underway, then head down I-4 to catch a home game for the Tampa Bay Rays at Tropicana Field.

You can’t talk about sports in Central Florida without talking about golf. Golfing legend Arnold Palmer called Orlando home for much of his life, and every year the city hosts the Arnold Palmer Invitational in the spring. This event hosts some of the sport’s best at the Bay Hill Club and Lodge just outside of Orlando and should be on every golf fans to-do list.

As the professional baseball and soccer seasons roll on, it’s also time for you to explore some of the sports you can take part in around Central Florida. It’s going to be hot, so now might be a good time to check out some watersports. Head over to the Orlando Watersports Complex to try paddleboarding or water skiing, or maybe make your way over to the Atlantic Coast for some surfing. With hundreds of lakes and miles of coastline just a short drive in each direction, there are plenty of opportunities for watersport activities during the summer.

Fall means one thing to many sports fans, and that is the return of football. Camping World Stadium regularly hosts a college football season kick-off game between two marquee opponents. This year, Louisville will face Alabama in a non-conference game that will likely set the tone for the season. Orlando is also home the University of Central Florida Golden Knights, the only undefeated team in major college football of 2017.

If the NFL is more your speed, bounce over to Tampa to catch a home game for the Tampa Bay Buccaneers in Raymond James Stadium. With a full-size pirate ship in the stadium, this is an experience unlike any other.

The list of things to do and watch for a sports fan in Central Florida could go on and on. From spectacles like WrestleMania to the year-round calendar of events at the United States Tennis Association’s National Campus, there is always something to do. With the opportunity to play and watch sports all year round, Central Florida is truly a sports fan’s paradise. 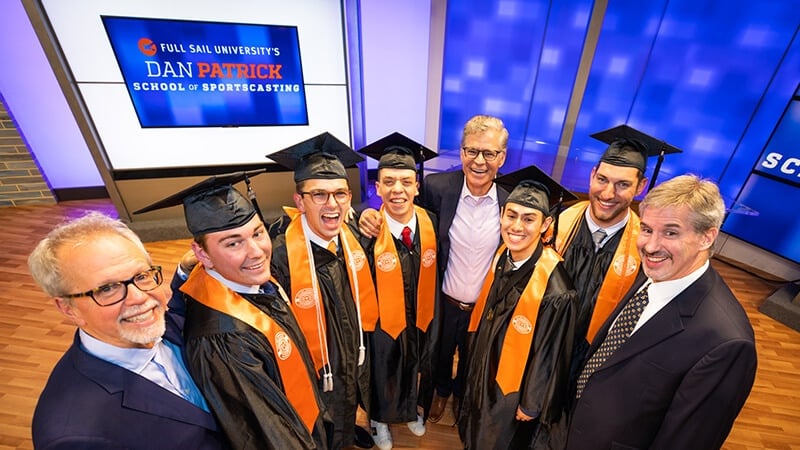