At just 20 years old, Show Production student Salo Soloveichik has already made a name for himself in his home country of Mexico. He's been involved in the music production business for years – booking and promoting small shows, working for friends' companies, and helping organize a concert in Mexico City that attracted 80,000 people – all of which led up to his most recent gig as the General Producer and Operations Manager for Mexico's Bahidora Music Festival. The festival, which was held last month, drew more than 5,000 people to a small resort town 90 minutes outside of Mexico City for 18 straight hours of live music and entertainment.

"Mexico has grown a lot in the industry so [the country] does have big music festivals with big names, but the company that hired me wanted to do a festival that was different," says Salo, "where you wouldn't go for the artist, you would go for the experience."

Bahidora featured performances from more than a dozen electronic acts, including Polica, Baths, and Wild Belle, and several major sponsors (like Doritos and Axe) had areas set up around the grounds for other activities. Salo says the best thing about Bahidora is its location – in the Las Estacas National Park.

"The park has five swimming pools and about a half a mile of river," says Salo. "People can swim if they don't like a band. They can just hang out or play volleyball. The venue is the most amazing thing ever. It's a very beautiful place."

Salo was the producer for Bahidora during its debut year in 2013, and he was re-hired by the events's organizers (Distrito Global) for this year's festival, which nearly doubled its attendance. He was responsible for the majority of the show's pre-production: dealing with sponsors, contacting vendors, scheduling load-ins and sound checks, and all of the other logistics that come with making sure a huge festival will run smoothly. Salo also helped conceptualize what he thinks was one of the coolest features of the festival – a 360 degree circle of lights surrounding the main pit. The crew installed lights beneath the trees and programmed them to synch up with the lights on stage, which according to Salo, looked incredible.

"[The first year I worked on Bahidora] I was kind of scared, because I've never had so many responsibilities," say Salo. "I was going to be coordinating an entire festival and I was only 19. But I told myself that I've got to learn somehow, and I started getting more confident as I got through the project."

Salo is currently studying Show Production at Full Sail so that he can learn more about the technical side of the live music. He says he already knows the logistics, but in order to get even farther in the industry, he wants to have the whole package. He's on track to graduate next summer and hopes to continue producing events, either here in the United States or back home in Mexico.

"I was talking to a friend and he was saying to me, 'When I grow up…'" and I stopped him," says Salo. "I said, 'What are you waiting for?' I think if you're old enough to start doing things for yourself and by yourself, then why not start your career right now?" 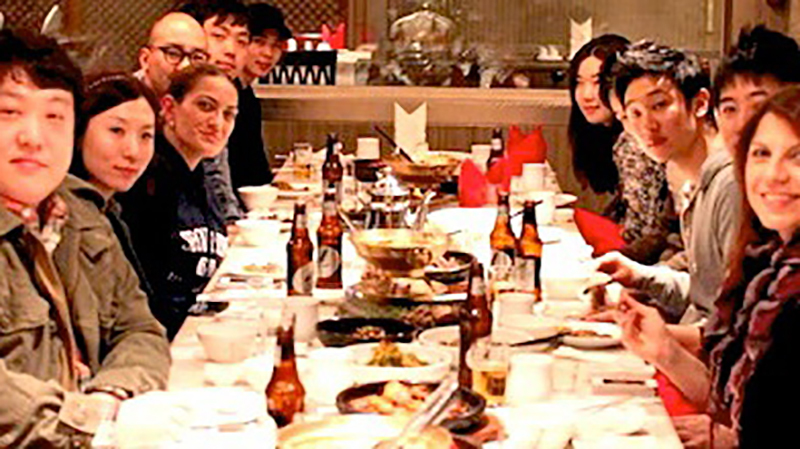