The Art of the Fix: Photography

In the third blog post for our Art of the Fix series, we talked photography and design fixes with Course Directors John Flynn and Lesley Silvia, who teach for the Digital Arts & Design and Graphic Design degree programs.

These days, all of the professional images we see in print ads or online have been enhanced in some way. Thanks to programs like Adobe Photoshop and Lightroom, photographers and designers have many powerful tools to alter or fix photos that are less than ideal.

For photographers, ensuring they have as much flexibility with their images from the start means shooting in a digital “camera raw” format, rather than JPEG. Depending on the camera, these image files might have extensions like .CRW or .CR2 (Canon), .NEF (Nikon), or .ORF (Olympus). Raw files are unprocessed and uncompressed, which means there is much more digital information in the raw image and changes to the file will look more natural.

“With the raw files, since you’re able to access all of the unedited information the raw file has, when you make an adjustment, it tends to look a lot better,” says Digital Arts & Design and Graphics Design Course Director Lesley Silvia. Working with raw files is preferable because the editing is ‘non-destructive,’ meaning that there is no overwriting of the original image, says Silvia. As a result, the image quality does not degrade, which is not the case with other types of photo editing.

John Flynn, who teaches Digital Photography within Digital Arts & Design, has his students shoot in raw from the very first day of class, and then edit their photographs in Adobe Camera Raw, which is a plug-in for Adobe Photoshop.

“In Camera Raw, you’re able to adjust the exposure, make it lighter or darker. So if I happen to take a photo where it was under- or overexposed, by my own fault, shooting in raw will allow me to save it,” says Flynn. “I can open up the shadow end of it, and I can make it darker. I can push more contrast. If I want it to be a little bit softer, I can make it softer. You have creative control after capture.”

Many of Flynn’s students go on to be graphic designers who incorporate their own photographs into their designs. “Being able to fix your not-great photo and make it a better photo, as a designer and as a creative, and to sell this idea to a company – that’s essential,” says Flynn.

Tools in Photoshop and similar photo editing programs also allow designers to alter the composition of an image – such as removing unwanted objects or physical flaws. Silvia likes the sophistication of the Content-Aware tools in Photoshop CS5 and CS6. Silvia uses Content-Aware Fill is an easy way to delete an object and then patch the spot as if it were never there.

“Basically, what it does is, it looks at the surrounding area, and it makes a pretty good guess on how to fill in the spot that you are trying to patch up. It works really well on random, organic things like blades of grass or marble texture, trees, paint splatters – anything that’s kind of random,” says Silvia. “But it wouldn’t work very well on, say, a crowd of faces.”

For designers and professional photographers, having these technical skills is necessary to really shine in the design world, says Flynn.

“Camera Raw and front-end raw development is technically hard to learn to a degree, but once you get it, it saves so many images,” says Flynn. “Knowing your camera settings and learning your camera first, then shooting in raw and developing in raw to make the best possible image for your ad or for your campaign – that will set you apart.” 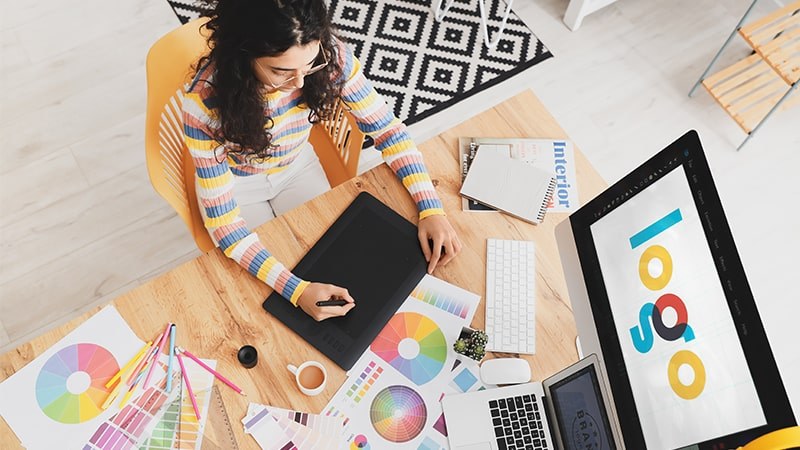 Digital Arts & Design and Graphic Design: Which Degree is Right for You?