The Big Business of Entertainment Technology

Notable futurist and author Arthur C. Clarke once famously declared, “Any sufficiently advanced technology is indistinguishable from magic.” If you’ve recently spent time in one of Florida’s ubiquitous theme parks, you might have a good idea of what Clarke meant. More and more, parks are eschewing rides purported to be the biggest or fastest in favor of immersive, story driven experiences. And business is booming. Nearly 20 million people visited Disney’s Magic Kingdom in 2014, while Universal Studios experienced a 17% spike in attendance from the previous year.

The latter’s success can largely be attributed to last year’s expansion of the wildly popular Wizarding World of Harry Potter to include Diagon Alley, a winding way of shops, restaurants, and attractions where fans can live out their favorite moments from the series. Everything in the Wizarding World is incredibly detailed—from the cobblestone streets to the giant fire-breathing dragon perched atop Gringott’s Bank. Guests can even conjure up a little enchantment of their own thanks to special sensor-equipped wands and spell medallions placed throughout the park. Wave a wand at pile of armor, for instance, and the individual pieces assemble themselves into a full suit.

Of course, all that magic isn’t self perpetuating. It takes an enormous team of creatives working behind-the-scenes and around the clock to develop and maintain a themed experience.

“No field of work combines as many disciplines as entertainment design,” says Sasha Bailyn, Editor-In-Chief and Founder of Entertainment Designer. “In it you will find fine arts, sound production, media, virtual reality, theatrical sets, robotics, engineering, architecture, interior design, landscaping, and so much more. When you visit a well designed exhibit, restaurant, or ride, all these elements blend into one seamless experience.”

“On a global scale, there’s so much growth happening. We are in the middle of an incredible boom in our industry,” adds Matt Kent, Head of Creative Services for Oceaneering Entertainment Systems, an Orlando-based company that specializes in the manufacture of dark ride systems.

Although roller coasters are still prevalent, current trends show indoor dark rides are steadily gaining in popularity. Typically, these rides incorporate a combination of animatronics and special effects in a guided setting, allowing designers to control a guest’s point of view by intentionally moving them through a fabricated landscape. Think Disney’s Pirates of the Caribbean or It’s A Small World. The appeal of these types of rides is multi-faceted. First, they provide a welcome respite from the elements. Second, they don’t always carry the same height and age restrictions as some of their bigger and faster counterparts, meaning families can ride them together. Perhaps most importantly, they allow guests to feel like active participants in an attraction.

“Guests need a story, they need impressive architecture and evolving technology to have the best experience when entering a themed attraction. Thrill rides are no longer just about speed and size, but more about the emotional effect created by the attraction,” says Cecil Magpuri, President and Chief Creative Officer of Falcon’s Treehouse, an award winning creative agency specializing in attraction design.

“It’s not just attractions and rides that become part of a world,” says Matt. “If you look at Harry Potter and what Universal did with butterbeer, they developed an entirely new drink and retail experience around that one detail from the books and movies. Even something small like that helps drive guest attendance and profits.”

Although they provide a high return on investment for parks, the new breed of themed attractions do carry higher building and maintenance costs. They also take longer to develop.

“Themed entertainment involves very long time frames from the ideation phase to actual construction of the ride, and it is vital to be able to forecast what the next technology may be so that you are ahead of the game. The benefit to this, of course, is that we are able to do research and development throughout the year, seeing what may be the next attraction or media piece,” says Cecil.

If there’s one upside to the complex development process involved in bringing these experiences to life, it’s that the job market is flourishing. Speaking at last year’s Hall of Fame celebration, OrlandoiX founder David Glass called entertainment technology “one of Central Florida’s fastest growing industries.” And as the demand for immersive experiences continues to proliferate, so will the technology associated with it. In addition to show production, digital media, and audio arts, ride developers are incorporating relatively new technologies like motion graphics and augmented reality as a way to push the boundaries of guest experience. Virtual reality and simulation techniques allow developers to pre-visualize rides prior to construction, making the design process more efficient and keeping costs down. All of this translates to a growing need for content developers.

“The degree programs [offered at Full Sail] are incredibly applicable to our industry. We have seen a trend over the past few years where students are graduating who are well versed in various aspects of attraction and media development. Our team is composed of designers, architects, engineers, writers, and more. If a student has exposure to any of the various aspects of the design pipeline, that is a major advantage in the job market,” says Cecil.

Ultimately, entertainment technology provides plenty of opportunity for students and grads looking to work in their field of study, while bringing a little magic back into the world at the same time. 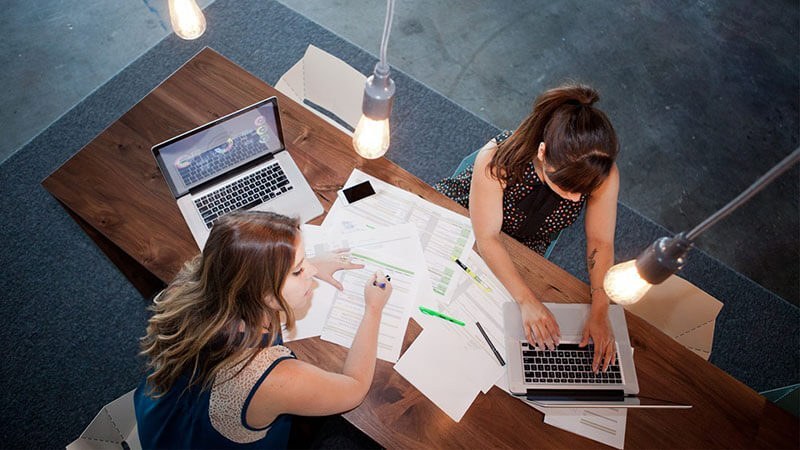 The Anthropology of Internet Marketing