But however we choose to define “the news,” one thing is for certain. The physical logistics - the ways we gather, deliver, and consume it all - have both changed and expanded a great deal in recent years.

There’s still a demand, albeit a dwindling one, for traditional formats like newspapers and tabloids. But our methods of communication today are (nearly) limitless, and it shows. We have podcasts, YouTube, 24-hour news channels, national news sites with streaming video, niche microsites, Twitter, Facebook, Periscope, and more. This rapid evolution has caused serious waves in the journalism and broadcast industries, leading to cutbacks in some areas while creating new opportunities in others.

For more insight about the future of the news industry (and of those who inhabit it), we spoke with experts Michael Koetter and Glenn Osten Anderson, both of whom visited Full Sail’s On Air Studio earlier this year.

Michael, who serves as Senior Vice President of Media Technology and Development at CNN, is among those who determine and lead the company's technical strategies. During his tenure at a CNN, Michael has helped to convert its 3,000-person workforce into a tapeless operation and developed software to bridge gaps across different stages of production.

"I've always really loved the intersection of art and technology and media and computing," Michael says, commenting on the industry's growing need for similarly minded applicants.

"I'm sure you can go to a lot of places and find that they have different departments doing media stuff and IT stuff, but we years ago abolished the line between [those]. If you're a broadcast engineer you have to have your IP certification, you have to be a linux systems administrator. We've gotten rid of a lot of the distinctions. But it's difficult to find people who have media experience and IT experience."

The good news, he notes, is that his company offers training for those willing to learn.

(Below, Michael talks about the convergence of production and traditional IT in news media.)

(Below, Michael talks about the various career paths in news production and distribution.)

In terms of reaching actual viewers and readers, he continues, "We're seeing a lot of the revenue from our company shift into digital. Mobile is gigantic. It's not surprising, but it's happening fast. It's the way the next generation of people want to consume news. They get out their portable device and check out what they want."

The rise of mobile is, of course, much more than a consumer trend; it's also created the concept of user-generated content and breathed new life into citizen journalism, effectively changing how the entire industry sources its stories.

This leads us into the world of Glenn Osten Anderson, Senior Producer for BBC News Social Media, who is tasked with the daily operation of BBC News' social media accounts. It's his job, literally, to utilize the most current digital methods of communication out there - and to anticipate what's coming next. (Glenn also serves as a Program Advisory Committee Member for Full Sail's New Media Journalism degree program.)

"As Facebook and Twitter grew in popularity," he says, "the conversation changed to 'how can we use these social media outlets as news gathering tools?' We can't be everywhere, as much as we try. But because of these phones and computers and handheld cameras, there are whole worlds that are opening up to us, and there are new opportunities there. It's an opportunity to make better connections."

Glenn refers back to the moment he heard about the 2012 shooting in Newtown, Connecticut. "We found out about Newtown on Twitter before we got it from the newswires."

"There are people who are journalists who exist solely in 140 character output," he says. "That's a cool frontier in journalism."

But he says that no matter what, the foundation of his industry is likely to stay intact. "Real journalism - asking the right questions, meeting the right people, getting the right intel and verifying it - that hasn’t changed," he explains. "We’re just applying it to somewhere else. And I think as long as you keep those principles, getting your sources right, verifying what they're saying, following leads, those aren't going away. It's your ability to apply those to new technologies that is important. Those base skills, I don't think those are ever going to change." 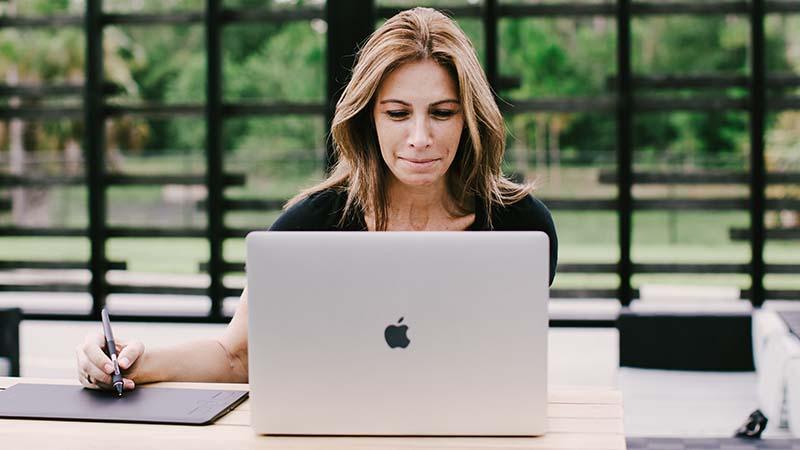