So, you want to make beats? Or maybe you’re already making beats, and you’re ready to take it to the next level. There’s a few things you should probably know first.

TRUTH: Most beat makers – at least when they’re first starting out – have their hands in the music industry in a number of different ways. Depending on what you’re most interested in, there are several degrees you can pursue that will help you potentially establish a career as a beat maker.

If you’re interested in producing or working in the studio, consider the on-campus Recording Arts bachelor’s or associate’s degree programs. Jeff and Travis agree that starting out as a studio intern, assistant, or eventually even an engineer are great ways to get an audience for your beats. Another plus: having an understanding of recording principles can help you create a more polished and complete beat. Travis also credits his studio experience with helping him become a better beat maker and producer.

“When people come into the studio and I’m working with them as an engineer it’s easy for me to say, ‘Hey, who does your production and your beats?’” says Travis. “Right then and there, I have an easy way to tell them that I make beats and that maybe at the end of their session I can play them some of my tracks.”

There’s also the new online Audio Production associate’s degree program, which covers basic recording principles and prepares students to work out of project-based studios. The Music Production online bachelor’s degree program is the best fit for students who have a solid musical background (those that play an instrument and/or can read music) and are interested in learning about composition and theory. When it comes to making beats from a Music Production standpoint, Department Chair Greg McCandless tells students to look at Pharrell Williams.

“Pharrell is one of the most visible, famous people that started out in the industry making beats,” says Greg. “But what people don’t know about him is he went to an arts high school, he studied music theory, he plays five instruments, and he just collaborated on a film score with Hans Zimmer. He’s a musician first and foremost.”

Any way you look at it, you won’t leave Full Sail with a “beat maker” degree, but you can obtain an education in a field that will help support your career goal of making beats.

TRUTH: Producers are much more involved in the entire songwriting process, from making the beat to working with the artist in the studio. A beat maker (also known as a programmer) makes the beat and sells it online, never actually collaborating directly with the artist on the project.

“A person that makes beats will start with an idea and make that idea, but won’t get involved with the songwriting end of things,” says Jeff. “A producer in a studio will start a beat, but then they might hire a session musician to come in and work with them to make the beat a complete track. Producers are very involved in the entire process – working with the artist and lengthening out the beat into a complete song – while a beat maker simply comes up with the beat.”

MYTH: You should stick to one style of music.

TRUTH: If you pigeonhole yourself to one specific type of music, you’ll definitely miss out on other opportunities.

“To be successful as a beat maker, you have to be diverse,” says Jeff. “I see a lot of people fail when they concentrate so much in one lane and then they’re given the opportunity to do something else, like a pop record, and they have to turn it down because they don’t know how to make pop beats.”

Travis agrees. “There was one style of hip hop I created early in my career, but I quickly realized that no one really wanted that. I had to transition into more of what was popular at the time. I had to learn how to make pop, dance, and dubstep beats so that I could be more well-rounded, and therefore get more people to use my productions.”

That said, if you make a really incredible beat, and people are interested in it, be prepared to make more.

“I worked with [producers] The Runners for a while, they’re Full Sail grads, and their biggest hit was ‘Everyday I’m Hustlin’ for Rick Ross,” says Jeff. “When that song came out, Young Jeezy, TI, and a lot of other rappers were coming to us and saying they wanted a song just like that. So once you find a great sound, create several beats, because there’s going to be a demand, especially if the original track is hitting the radio and gaining popularity.”

MYTH: You can only make beats for musicians.

TRUTH: Movies, television shows, and video games all need original music too. A few years ago, Travis started producing music for television, and since then his tracks have been featured on shows like The Voice, Pawn Stars, and MTV’s The Real World. According to Travis, once your beats start getting national placement, you can start charging more for them.

“I think up-and-coming producers need to realize that the market is much bigger than they may have thought,” says Travis.

TRUTH: Maybe, but probably not. You can make a living selling beats, but it’s not a walk in a park. It’s just like being an actor or an athlete, says Jeff. It’s all about the time and commitment you put into it. It’s an uphill battle, and most people are usually also doing something else on the side, like producing, engineering, mixing, or writing.

Often times, when beat makers are starting out, they’ll give away their beats for free, just so they can get their sound out there. Jeff says that a lot of rappers are making mix tapes, and they will often solicit up-and-coming beat makers for their tracks via Twitter. You won't get paid, says Jeff, but at least you'll get the credit.

“Making beats and selling them online isn’t extremely lucrative because the market is so over-saturated with people who will sell their beats for $5-$30,” says Travis. “If you’re going to try to make any type of substantial income off of making beats, I don’t think that’s the way to go.”

Another way to make money is to sign a publishing deal with a company, songwriter, or major producer. And yes, while the disadvantage is that you don’t keep all of your earnings (Jeff says the industry standard is around 50%), there are benefits too.

“It’s a lot [of money] to give up, but now you’re catapulted out of your bedroom and are getting the opportunities to present your music to major acts that you wouldn’t have had before,” says Jeff.

If you’re not going to go the publishing route, at least make sure you’re legally protected when selling your beats. Read over all of your contracts, and if you can, have a lawyer look at them as well. Travis also suggests getting affiliated with a performing rights organization, like ASCAP or BMI. 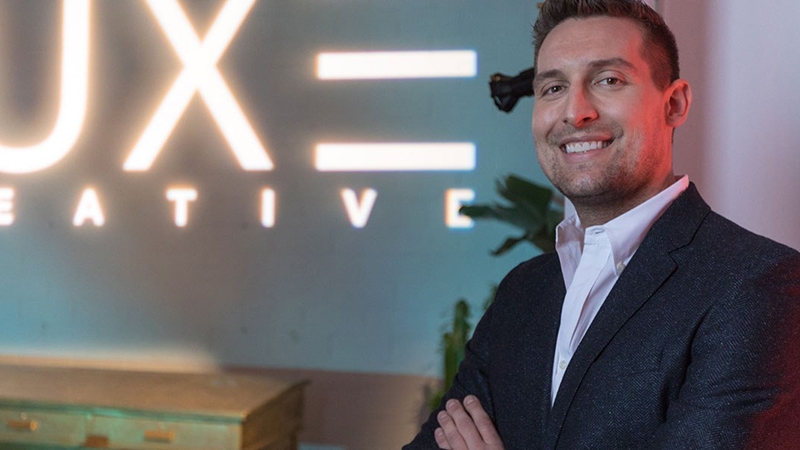 ‘Make the Technical Feel Like Magic’: Martin Potoczny on Why Details Matter