The appeal of many of today's most popular video games is in their cinematic, almost realistic feel. Graphics are so detailed, storylines so intricate, that as a gamer, it's not uncommon to find yourself lost for hours in the world appearing on the screen in front of you. One important element of this appeal is a game's dialogue: today's titles have hundreds, often thousands, of lines of unique dialogue, all dubbed perfectly to match the tiniest movements on a character's face.

Of course, it's someone's job to get all of those lines into a game; that responsibility typically falls on the dialogue editor or the audio dialogue specialist. It's an important production role, and Emilio Lopez-Centellas can tell you all about it.

“As an audio dialogue specialist, instead of music, I have to specialize my ear specifically for the human voice,” says Emilio. “You have to listen for any pops, clicks, or artifacts in a recording and you have to edit them out without chopping or cutting up the original files.”

The 2010 Recording Arts grad worked as an audio dialogue specialist on Call of Duty: Advanced Warfare, the latest installment in the record-breaking series. In a contract role with developer Sledgehammer Games, Emilio spent 18 months pouring over every single line that you hear in the first-person shooter game.

Emilio ended up at Sledgehammer after taking a leap and moving out to Los Angeles with a group of fellow Full Sail grads. In Orlando, he had interned at Disney’s Hollywood Studios, which led to a full-time job as an audio tech in the park’s warehouse. After a stint in L.A. working as a dialogue and sound editor for the Reading Rainbow iPad app, he applied for and landed the position at Sledgehammer.

Emilio's job duties included taking all of the audio files recorded by actors and voice actors in the studio and implementing them into the game’s pipeline. Then, he’d review them thoroughly, editing out any outside sounds and making sure that every minuscule mouth movement matched up with what was being heard. He worked with the game’s Audio Director to create process patches for modulating the human voice, to make voices sound like they were coming out walkie talkies and radios. He did this for both the single and multiplayer versions of the game, along with working with localization teams to translate Advanced Warfare into nine different languages.

Emilio was also in the recording studio during performance capture sessions with Kevin Spacey, who voiced Jonathan Irons, the CEO of the Atlas Corporation in the fictional Call of Duty world. Similar to motion capture, performance capture involved placing a bunch of sensors on Spacey’s face while he was recording his lines, so that every single facial movement could be animated realistically within the game.

“I had to edit every performance capture scene for every actor and make sure everything synched up, so that there was never any scene out of sync,” says Emilio. “If you want to be an audio dialogue specialist, you definitely have to have a keen eye for detail, on both an audio and visual level.”

Beyond getting the dialogue perfectly synched up in the game, Emilio worked with animators as the game evolved to make necessary adjustments to the dialogue.

“I’d sit with the animators and go over how they’d want different sentences and words spliced into different scenes,” says Emilio. “Sometimes I’d have to figure out how to make a sentence sound completely different than how it was originally meant to sound, because the emphasis needed to go on a different word.”

He edited in ProTools (with the latest Wave bundles), learned how to code, and liaised with support and globalization studios to make sure they had all the audio assets they needed during his 18-month stint with Sledgehammer. There really was no typical day, Emilio says; it all depended on what was the priority at any given moment. Now, nearly two years later, he’s happy with the finished project. The industry is, too. Call of Duty: Advanced Warfare took home Sound Design and Audio of the Year prizes at the 2015 Game Audio Network Guild (G.A.N.G.) awards.

“I’ve listened to the game numerous times on many different systems – from a normal TV to a 5.1 surround sound system – and I’m proud every time I hear it,” says Emilio. “I find myself saying Kevin Spacey’s lines in the game as he’s saying them because I’ve got them so memorized in my head.”

Now that his contract with Sledgehammer is up, Emilio is a full-time freelance sound engineer. He’s working again on the Reading Rainbow app, among other projects, and he'd be happy to return to Sledgehammer again if the opportunity arises.

“The dedication of our team was phenomenal,” Emilio remembers. “And that was definitely the coolest part of the job: working with people who are just as dedicated as you are to making a fantastic product.” 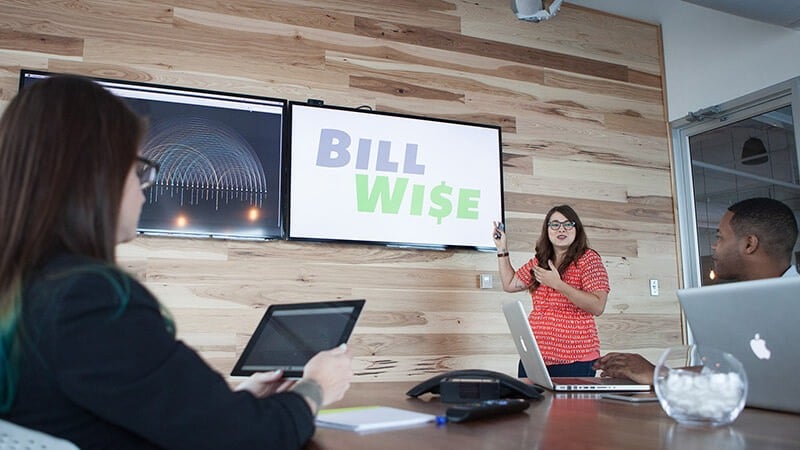 How To Market an “Uncool” Brand