We last checked in with Film grad Carlos Leon in 2008, when he was honored by Business Week at the age of 25 for the rapid growth of his production facility, CML Studios. Back when he first founded it, the company was situated in a 1200 square-foot space in Los Angeles. As CML celebrates its eighth anniversary this year, Carlos has since expanded it to nearly 10 times the physical size, and branched out their services to include web development, graphic design, marketing, and more.

"My passion is both for the business side and creative side of things, and I think that has been a big part of helping make CML grow," Carlos says. "My happiest moments are when I have happy clients, which I think they respond to. It's really about offering constant support and providing a good service to people that helps you stand out."

CML currently sits in Glendale, California – about five miles outside of Hollywood. The space is outfitted with a large green screen room/soundstage, editing suites, audio recording facilities, as well as set construction materials and lighting and camera gear. The quality of the facility and their services has brought both local and international artists through the doors to shoot film, television, and commercial projects for companies like Warner Bros., MTV, Sirius Radio, Discovery Channel, and VH1.

"We have worked with people from all over the world – France, Germany, England, India, then all the celebrity clients who come in to shoot," Carlos says. "Nicki Minaj, Cee Lo Green, Smashing Pumpkins, Korn, Wiz Khalifa, just all this great talent that keeps choosing to come work here. It's always exciting."

In addition to the production side, Carlos has expanded CML by offering a range of business and promotional services. Their agency division, CML Media & Entertainment Group, handles Web marketing, graphic design, social media, advertising, and search engine optimization. Carlos is also starting to provide his services as a studio consultant – helping others develop their own spaces from both a technical, creative, and business end.

"The company is sort of split into two now," he says. "There's the studio space where we bring people in to shoot, then we're expanding even more on the promotional side, and I'm also moving forward as a studio developer. I like the idea of being able to franchise and help people develop studios all around the country. For example, if you're a person who has the means of investing, but doesn't know how to get your studio up and running, I can come in and consult. That's the next step for branding myself and the company."

Name recognition is an important factor for any business, and through his hard work and entrepreneurial vision Carlos has developed CML into a trusted entity for entertainment production and promotion. Two years shy of the company's first decade, it's an obvious point of pride.

"I think the happiest thing looking back is that I've built my own brand," Carlos says. "I remember people telling me I was crazy for wanting to start my own thing, that I was going to fail. It was a lot of work, but I spent a long time building this and moving up the ladder. I came to the U.S. from Cuba when I was two years old, so I'm pretty proud of everything I've done to get me to this point. I still feel like I have a long way to go, but little by little I'm getting there." 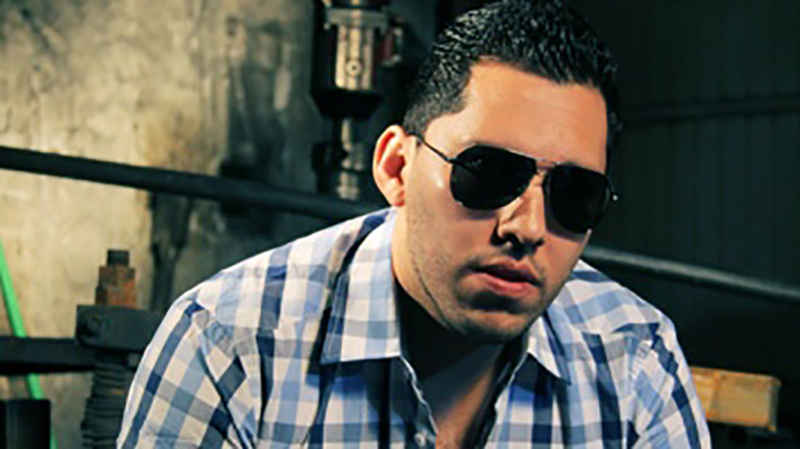