Innovation Out of Necessity: Mobile Development in Sub-Saharan Africa

A continent-wide mobile revolution is happening, right now, in the developing countries of sub-Saharan Africa.

Much of the region still lacks the basic infrastructure necessary to support a population beyond poverty; paved roads, reliable power sources, even sanitation systems and health services are scarce at best. And yet, in some areas, cell phones are as common as they are in the U.S., according to a recent survey by the Pew Research Center. The survey shows that cell phone ownership in developing countries like Uganda and Kenya jumped from around ten percent in 2002 to 65 and 82 percent in 2014, respectively - and those numbers continue to grow.

For most of us in the developed world, where iPhones and tablets are affixed to our personal identities by just about everything but actual ligament, it's difficult to recall life before the mobile phone. This is in part because we rely so heavily on phones in our daily activities, but it's also because they're products of a technical landscape we've been cultivating for decades.

In the developing world that technical landscape certainly exists, but it came into existence suddenly, in a manner commonly known as "leapfrogging." This phenomenon, which Pew illustrates as allowing Africans to "skip the landline stage of development and jump right to the digital age," negates the idea that advanced technology can't exist without basic services already in place.

In effect, leapfrogging has revealed Africa's capacity for innovation.

According to the 2015 GSMA Global Mobile Economy Report: "Affordable mobile phones and the opportunities they provide for the poor is already becoming one of the most dramatic game changing technologies the world has ever seen." Areas ripe for improvement are abundant in the developing world, and the positive impact of mobile is already apparent in a diverse range of industries. Those that have seen - or are expected to see - the most significant transformations include healthcare, agriculture, banking, and education.

This is important news for current and prospective developers. Full Sail graduate and Big Cartel iOS developer Anthony Colangelo is in the business of providing artists and craftsmen with the tools they need to sell their products online. He's based in Philadelphia, but as he adds, "the work we do isn't often geographically constrained." Part of his job is to understand how his work translates across different platforms, and throughout different regions of the world.

"There is nothing more valuable than understanding the context in which your users live and work. Don't build a product for sub-Saharan Africa and assume that everyone there will have the latest iPhone on a network with the speed and coverage of the one you're used to."

And for those specifically interested in directing their efforts at developing regions? "Do research, find out what what types of devices are being used, how they are being used, and by whom," he says. "Always validate that your proposed solution fits within the context in which it will live - that means network infrastructure, device capabilities, and people's usage patterns. And that goes for anything you build anywhere in the world, not just in developing countries."

One area of great interest to Anthony is healthcare - and how, even with limited Internet access and basic SMS capabilities, mobile is improving the quality of it for people all over. "Someone could send photos and videos of an injury or illness and get a quick, base-level diagnosis from a doctor anywhere. Simply being able to ask a question or get an opinion could change a lot of people's lives in really profound ways."

Medic Mobile is an example of an organization catalyzing those profound changes. Founded in 2010 by a Stanford pre-med student, Medic Mobile provides tools for health workers in hard-to-reach areas of Asia, Africa, and Latin America. It connects rural workers with formal medical clinics, coordinates patient records, and provides important alerts on topics like antenatal care, childhood immunizations, and disease outbreaks.

According to a report from the Food and Agriculture Organization of the United Nations, there are about 33 million small farms in Africa, and yet more than 100 million people - "some 30 percent of the population" - who suffer from hunger and malnutrition. In a separate FAO article, the authors write: "In Africa, particularly in those countries south of the Sahara, there is a great potential to increase agricultural production, however, the realization of this potential will require high levels of commitment and resources. At the same time, due consideration will have to be given to ecological and climatic considerations."

Thanks in part to mobile, great strides are being made toward improving agricultural conditions in these areas - in both large and small ways.

Recognizing a broader method of improvement is the Pulsepod, an environmental sensor that provides researchers with data about rainfall, plants, and soil conditions in drylands. Founded by Princeton University ecohydrologist Kelly Caylor and deployed in arid regions like Kenya and Zambia, the pods send information to a database via SMS. Eventually, the information can be used to help farmers practice "climate-smart agriculture," or agriculture that mitigates the impacts of climate variance.

Traditional banks are nonexistent in many parts of sub-Saharan Africa. For this reason, mobile banking has the potential to improve the financial well-being of people in these areas unlike anywhere else in the world.

M-PESA, the continent's most-used money transfer service, enables millions of people without access to a bank to send and receive money using only a mobile phone and a secure PIN. Mobile banking adoption "has a number of potential economic effects," according to a 2010 report from MIT. "First, it simply facilitates trade, making it easier for people to pay for, and to receive payment for, goods and services. Second, by providing a safe storage mechanism, M-PESA could increase net household savings." Other listed benefits include a deeper person-to-person credit market and the empowerment of certain household members - "in particular women" - who traditionally have less bargaining power.

Owned by Safaricom, Kenya’s largest mobile phone operator, M-PESA allows users to store money in accounts on their phones, transfer balances via text message, and withdraw cash at any one of thousands of kiosks scattered across the countries where it’s been adopted.

The educational possibilities that mobile offers are vast. With increased connectivity comes increased access to information of all kinds, and the examples listed above - healthcare, finances, agriculture - are good places to start.

Companies taking connectivity even further include Ushahidi, a global non-profit with modest roots in the collaboration of Kenyan citizen journalists. Ushahidi uses data management systems to develop real solutions to local and global challenges. Currently, for example, the Ushahidi staff (located all over the world) are helping to coordinate volunteers responding to the devastating earthquake that occurred last Saturday in Nepal. Other long-term initiatives include sustainable water and sanitation, election monitoring, and governmental transparency.

Unfortunately, many benefits of mobile development - educational and otherwise - are dependent upon Internet access, which many phone users are still without.

Anthony underscores the importance of Internet adoption. "The thing I feel will have the most impact on developing regions is the basic access to information that Internet connectivity provides. For a long time, remote areas of the world were nearly cut off from easy access to the world's knowledge. With a basic connection to the Internet, someone from one of those regions could read up on almost anything and obtain knowledge to help themselves and their communities grow."

"Information flows like water and finds its way into cracks everywhere," says Anthony, "and a large-scale distribution of knowledge into under-served regions of the world will change things in unimaginable ways." 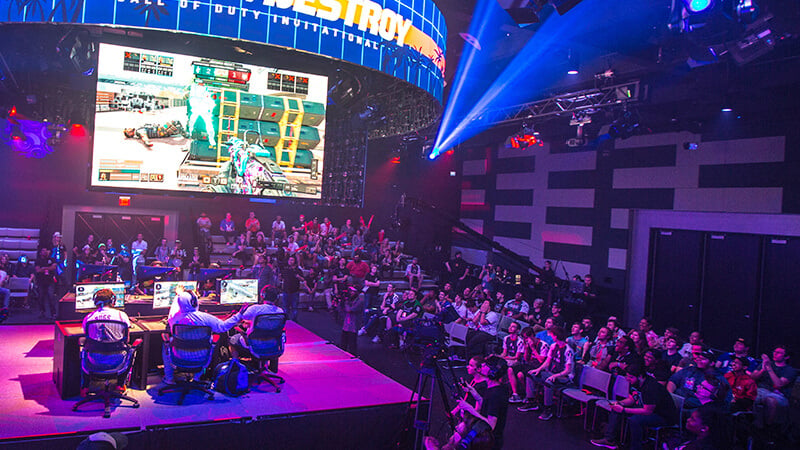 How to Succeed in the Media Design MFA Program