The Current and Future Impact of Virtual Reality on Sports

A Glimpse at How VR is Changing the Way Sports are Played, Consumed, and Covered.

The major leagues, college athletics, and major sports networks have recently embraced virtual reality and its impact on fan experience. What’s next for the sports industry and VR?

At its inception in 1968, the first head-mounted display for use in virtual reality, or VR, was invented to be used by helicopter pilots who needed to be able to see their surroundings while flying at night. Today, as VR technology rapidly evolves and the potential for new opportunities come to fruition, different sectors of the sports industry are discovering great uses for VR. According to a report by Greenlight Insights, global VR revenues are expected to reach $75 billion by 2021, but the hefty cost of implementing VR in these early days is a perfect fit with the deep pockets $1.5 trillion global sports industry.

Virtual reality has the ability and potential to drastically alter the sports industry, ranging from the way fans will consume sports, how coaches train athletes, and the way sportscasters and sports entertainers adapt to these changes. When looking at the numbers, resources, and needs of the sports industry, VR has a bright future in sports consumption.

The technology is already revolutionizing the way coaches conduct practice and train players. The Dallas Cowboys, Philadelphia 76ers, Tampa Bay Rays, Auburn University, Vanderbilt University, and others, are using VR to enhance and expand training regimes for players by integrating the technology into everyday practice. This way, coaches and athletes have the ability to train in a contact-free environment that limits the risk of injury and fatigue, while abiding by NCAA and league regulations which restrict practice time.

“People don’t realize how much the NFL is using VR right now. In order for them to practice they used to play Madden which so far has been the closest thing, but it’s not the same as having the field of vision, the height, or walking three steps backwards. The NFL has been training with VR for three years now, running plays, figuring things out” says Elbert Perez, 2015 Full Sail University Game Development graduate. In 2017, Elbert was inducted into the Full Sail University Hall of Fame for his work in game development and virtual reality while working on the HTC Vive, one of the most notable VR headsets. Perez co-founded and serves as the Chief Technology Officer of Doghead Simulations, creators of rumii, a social-virtual reality space that allows people to collaborate and connect in a virtual room from anywhere in the world.

Sports teams have also turned to utilizing VR when training athletes because of the opportunities to customize and copy real-world situations. During a virtual reality-led athletic practice, a coach can tailor the exercise or drill to improve the skills of a specific player on their roster or prepare an entire team for a specific opponent. In an effort to test the impact of VR on an athlete, one of the industry’s leaders, STRIVR, conducted an 11-week study with Ian Mahinmi who played, at the time, as center for the Indiana Pacers. According to STRIVR data scientist Joe Willage in a 2017 report, in the eight weeks Mahinmi did not practice with STRIVR’s technology, he averaged a free throw percentage of 41.9 percent compared to his completion percentage of 73.3 during his three weeks utilizing the virtual reality tools. In addition to its use for training athletes, the NFL, NBA, and MLB have spent the last year exploring opportunities for using VR to train referees and umpires.

Similar to virtually transporting athletes into the middle of a game, networks such as TNT and FOX are beginning to adopt virtual reality as a way to heighten the fan experience for major sporting events. VR has the opportunity to make watching live sports more accessible and affordable for people who lack the resources to sit courtside or travel long distances to watch their favorite team play. The most recent and potentially largest application of virtual reality for sports fans to date was the debut of VR for the 2018 FIFA World Cup. As the Spanish-language TV home to the World Cup, Telemundo virtually transported fans to a premier box suite to experience all 64 games of the tournament. Fans were able to watch the entire match from the comfort of their virtual box seats while simultaneously experiencing the mixture of stadium chants and sportscasters recapping plays booming in their ears. While VR experts agree that virtual reality will never be able to replace the real experience of being at a sports game in person, but, it’s a valuable extension to what already exists and should be explored.

An example of one these extensions in the sports industry is TNT sportscaster, Kenny Smith, showcasing the networks newest technology while recapping the 2018 NBA Playoffs. With this new technology, Smith was able to virtually step into the game and walk around the court, positioning himself against the offense and defense to analyze the play for the audience. TNT’s adoption of virtual and augmented reality has showed audiences what the future of sports entertainment may look like.

Beyond live stats appearing on the screen, first down markers moving across a field, and commentators drawing X’s and O’s over play footage, sportscasters may soon be able to literally walk a fan through a play, analyzing every snap, dribble, or goal from the point of view that so far only the athletes in the game have been able to experience.

“The goal is to be able to jump into the action, which is really powerful as a consumer. In the future, people will be able to be a part of the action, on the field, and have a totally different immersive experience” adds Elbert.

What about VR's future in training the next generation of sportscasters? At Full Sail University, the Dan Patrick School of Sportscasting bachelor’s degree program sees the benefits of VR and recognizes how it is quickly integrating into the market. In the future, using virtual reality to train students in life-like broadcasting scenarios may be a possibility.

“Think about the potential for in-field training and live interviewing," says Elbert about the learning possibilities. "It’s hard for [people starting out] to get those opportunities. What if instead of going for local college or high school games, you could interview Brett Favre, and have a virtual Brett Favre in front of you, with lights and loud sounds that mimic real scenarios?”

The future of virtual reality is bright, and its potential in the sports industry is extensive. Full Sail University’s Dan Patrick School of Sportscasting is designed to help students prepare for this future, since VR is likely to revolutionize the way sports are consumed within the next decade. To learn more about the Dan Patrick School of Sportscasting, visit sports.fullsail.edu/about. 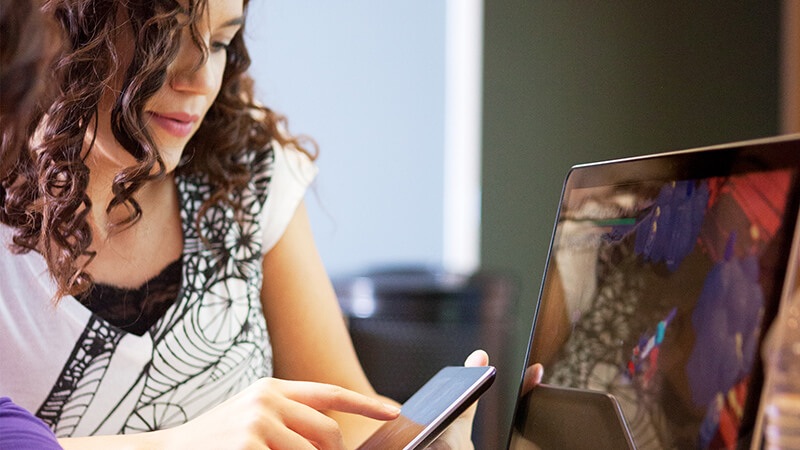 The World of Women in Gaming