This Instructor Helped Launch the WNBA

Katherine Coulthart brings a lot to the table as an instructor in Full Sail University's Sports Marketing & Media degree program. As a course director for the Storytelling for Marketing class, Katherine brings a unique background to the classroom. She worked in Public Relations for the NBA, helped launch the WNBA, spent seven years as a Communications Manager for EA SPORTS, and worked with an Orlando-based marketing agency. Now she's using her vast knowledge of the industry to show Sports Marketing & Media students how to pave their own road to the sports world and forge meaningful connections in the field.

Katherine's journey began when she played college basketball at the University of California, Davis. She earned her bachelor's degree in Exercise Physiology, then pivoted to a Sports Management master's degree at the University of Richmond. She needed an internship to graduate, so she capitalized on her experience in basketball and landed a PR internship with the Orlando Magic. After eight months in Orlando, she spoke up about her interest in women's sports and quickly nabbed an open entry-level position at the NBA's league office in New York to help launch the WNBA.

Katherine maintained the relationships she'd made with the Magic during her time in New York, and when she found out that Orlando was getting a WNBA expansion team, she leveraged those connections and moved back to the City Beautiful. She helped launch the Orlando Miracle in 1999. "I was there for about four-and-a-half seasons, doing all the PR for the team, working with players, coaches, and front office staff. It was a great experience," she says.

After a few years, the WNBA decided to relocate the Orlando Miracle to Connecticut, but Katherine had put down roots in Orlando and wanted to stay. She spent a year working with Disney Sports, then found a gig as the PR manager for EA SPORTS.

Katherine did PR for a lot of different titles at EA (including the Madden franchise, NCAA Football, NBA Live, and EA SPORTS MMA), but her primary responsibilities were with the Tiger Woods PGA Tour franchise. Working with Tiger and his team prepared her for being a teacher in an unexpected way.

"Part of my responsibilities [included] lining up significant media coverage for Tiger on the day that they launched Tiger Woods PGA Tour," she says. After struggling for months to find the right pitch for a big People magazine story, Katherine finally set everything up for Tiger's interview.

"The writer flies out to New York on June 25, 2009. He does the interview with Tiger, but afterwards he comes up to me and says, 'Michael Jackson just died. I've got to go cover the story.'"

Understandably, the King of Pop's death took precedence over Tiger's game launch, and the press coverage for EA's new title was smaller than expected. The situation taught Katherine about the importance of flexibility. "You have to adjust on the fly, especially in media. The best-laid plans can go a little bit sideways, but at the end, as long as you pivot and adjust, it usually works out."

After nearly seven years with EA, Katherine went to work for a local marketing agency. During her time there, she reconnected with Full Sail course director Al Hancock (who'd worked with Katherine in the WNBA). He shared his personal experiences as a Full Sail instructor with her. "I was always intimidated by the thought of teaching. But knowing people within the industry and asking and getting a feel for what it was like really piqued my interest."

Al alerted Katherine when a course director position opened up, and now Katherine is teaching students the basics of branding and PR in the Storytelling for Marketing class.

Guiding the Industry's Next Leaders

As a Full Sail instructor, Katherine's goal is to get students where they want to be professionally — but they've got to be willing to put in their share of the work. "My philosophy is to meet them where they are," she says. "If they have different learning styles or presentation skills or whatever it may be, I try to work with them to get the best I can in terms of what they want to do, the work they want to do. But it's a two-way dance, and they have to do the work as well."

Katherine's already helped one ambitious student score an internship with the Orlando City Soccer Club. The student took initiative and came to Katherine, saying she had an idea of what she wanted to do but didn't know how to get there. "I asked her, 'What is it you're passionate about? Where do you feel like your strengths are?' And I connected her with the Senior Director of Digital Content for the Orlando City Soccer Club."

Katherine encouraged the student to develop a relationship with the Senior Director — he was in charge of hiring interns. "She did, and she got the internship for this season. She recently did some volunteer work with the Pro Bowl, and she's out there killing it. I feel so proud and so glad that I could be a small part of her journey." 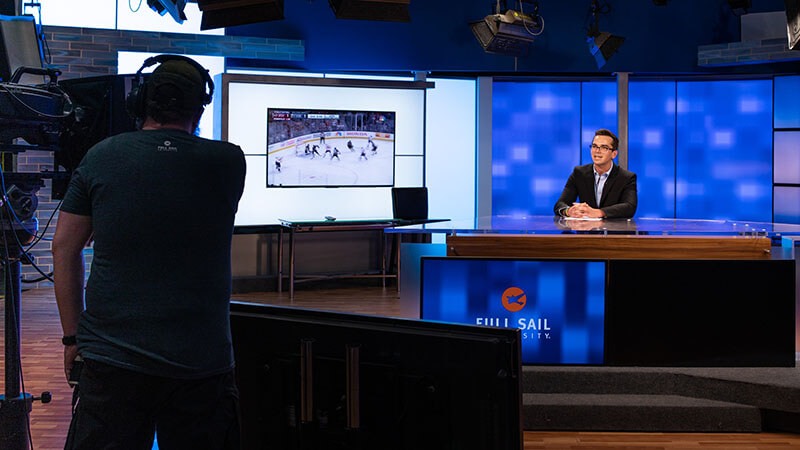 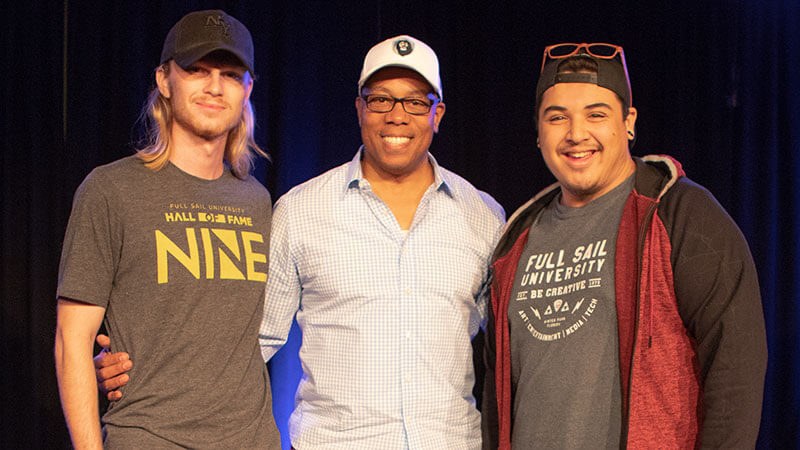 ESPN’s Jay Harris On Finding Your Voice in Sportscasting