“A hashtag is not a movement. A hashtag does not make you Dr. King.”

These were the words spoken by television producer Shonda Rimes in a 2014 commencement address at Dartmouth College, in which she advised soon-to-be graduates to go out in the world and become doers – not just dreamers.

Activism and social media, together in the same sentence, tend to spark colorful commentary from all sides about the ability of today’s opinion-havers to get (or not get) things done.

Some, like Shonda, warn about the dangers of "armchair activism" and its tendency to breed complacency and self-righteousness. The argument, which is indeed a valid one, says that by interacting with causes online (by liking or retweeting a post, for instance), people gain an undeserved sense of accomplishment – and stop there. Click. Share. Done.

But proponents of digital activism say that social media is a valuable tool when rallying momentum behind a movement. In an interview with The Atlantic, DeRay McKesson (a civil rights activist known for live-tweeting the 2014 Ferguson, MO protests and for his involvement with Black Lives Matter) praises the usefulness of Twitter to publicly document issues like police brutality.

“The history of blackness is also a history of erasure," DeRay explains. "What was powerful in the context of Ferguson is that there were many people able to tell their story as the story unfolded.”

“You don’t need a VIP pass to protest,” he says. With platforms like Twitter, “the people, in a very democratic way,” become the voice of struggle.

A puzzle lingers, however, in the nebulous gap between the digital world of limitless expression and the one where we live and breathe – the one that still exists after our computers and phones lose their charge.

So, what's the secret to bridging that gap? How does an organization or community convert online engagement into real-world change?

It’s tricky, and it depends on a variety of factors. But tricky doesn’t mean impossible. The hashtag #BlackLivesMatter, for example, has translated into lots of real-world mobilization – from the Ferguson protests to the BLM chapters across the country tackling racism on local levels.

To find out more about the armchair-to-action link, and to unravel the differences between successful and unsuccessful digital activism efforts, we reached out to a couple of social media experts with advocacy experience.

"Here's an analogy I use. If you're in a room and you ask 100 people to stand up, would they? Well, if you're on social media and you ask your followers to take action and do something, would they? If not, you obviously have a disconnect, and you need to reevaluate how you're relaying your message."

To truly connect, he says, "Talk with your audience – not to them. Have conversations with them."

For example, Anthony recalls a time before he held his current position, and was serving as the Communications Chair for the Young Black Gay Men's Leadership Initiative (YBGLI). "I was contacted by AIDS.gov because a youth had reached out to a blogger, commenting on a post and seeking help as he'd just tested positive for HIV. I phoned an ASO (AIDS Service Organization) and informed them that he would be calling in. He did, and was linked to care due to our swift actions."

"We talk online, we socialize as a brands or as ourselves, but you have to keep in mind that there is someone else on the other end. Believe it or not, we are all human."

Human. That's an important point here, and it's echoed by Hillary Esquina, Sr. Manager of Multimedia at the National Wildlife Federation (NWF).

"They might not care about your cause," she says. "You have to make them care. For example, if we're talking about an oil spill in Michigan, a lot of people might say, 'Oh well, that's so far away from me.' But when you talk about the human effects of a spill, you talk about physical illness, you talk about all the lakes and streams that are polluted or the animals that have been killed, you bring it to their level. Then they want to take action."

Diversity is also important, she explains. "We tell the stories of people of all ages and from all backgrounds. And we cover different regions. If people in California only see pictures of Florida, for instance, they might not identify with our message."

A common pitfall among online activists, say both Hillary and Anthony, is believing that anything and everything can go viral or change the world. "Before a campaign is launched," Hillary explains, "you must set goals and define success. Utilizing social media as an activism tool is an innovative approach, but you need to have realistic expectations of what can be achieved through these outlets."

She points to video content as a medium that's often accompanied by lofty expectations. "Video has become a really easy thing to do. You just get on your phone and hit record. But just because there's a lot of content doesn't mean it's good – and even if it is good, and shoots up to a million views in an hour, that still might not mean much. You have to get people to stay until the end, and you usually need them to follow another link – a call to action – as well. Likes and clicks don't mean anything if no one does the action we're asking for."

Anthony adds, "I see a lot of people who build a presence on social, but don't really know how to interact. It's not strategic or methodical. You need to know who you are, what you do, what you represent, and why it matters. You need to have, say, monthly objectives, and know how those objectives tie into your larger goals. If you don't have a plan for social media, it's hard for social to help you."

Other common, more specific pitfalls include using the wrong platforms ("Presence on every social network isn't necessary for every campaign," says Anthony), being inconsistent in message or activity, and preaching to the choir. "If you keep going to the same people, they're going to say, 'No. I've given you five dollars already. Stop. Delete.' You have to find new ways to get new people interested."

So in a big way, Shonda Rimes is correct. A hashtag isn't a movement. But hashtags –together with good video content, interactive blog posts, and diverse photojournalism – build stories. 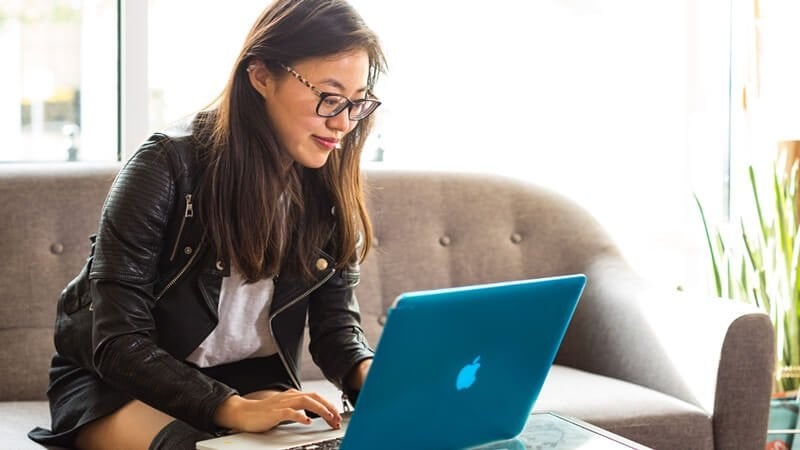 Your Campus is Everywhere