Welcome to the first in a four-part series from 1996 Full Sail Graduate Troy DeVolld. Troy’s “Guide to Los Angeles” will explore important aspects of building a career in L.A.

Well, I "moved where the food is" a decade and a half ago, and I've never looked back. Here's some of what I usually tell alums to consider before and after making the journey.

Where to Live / Understanding Los Angeles

If you're planning on putting that Full Sail education to use in a project-based career like mine, you'll probably be bouncing around the city quite a bit depending on where each gig takes you. Deciding what area to call home can be a tough call.

Los Angeles is the second largest city in the United States. In actual fact, it's a sprawling collection of cities that stretch over some five hundred square miles. For example, I live in Sunland, nine miles east of North Hollywood, which is still a full hour-plus commute from Santa Monica. Sunland is cheap, peaceful, laced with horse trails and pretty -- the tradeoff being that it costs me a fortune in gas to commute almost anywhere.

When checking out apartments, ask yourself if you can get to the 101 and the 405 with relative ease from the location. These are the major highways connecting most of the jobs you'll probably be landing.

If you can't or don't drive -- or simply hope to drive less often -- check your proximity to a Metro station. Los Angeles has an impressive subway system that doesn't get talked about much but has made my life easier for long stretches. Check it out at Metro.net and plan a few theoretical train or bus trips to the major studios from different areas. A monthly Metro pass will set you back about a hundred bucks, probably much less than the cost of maintaining and operating your vehicle.

Lots of new transplants get what I call L.A. Syndrome, a sensation of inadequacy based on a perceived crazy standard of living here that far outstrips most people's paychecks. The truth is that the high life here is neither common nor compulsory.

Those early years in Los Angeles -- unless you've got an amazing phantom source of income or get incredibly lucky -- are a time to build savings so that an unexpected three or six-month slump down the line won't bankrupt you. I've been here for more than fifteen years and can tell you that my annual income still varies as much as 75 percent from year to year.

I'm not saying that you've got to be a total miser; just cool it with the lavish expenses you might think are mandatory here. They're not. Otherwise, we wouldn't have so many Taco Bells. Spend it if you've got it, but until then, don't. And even then... be smart. You've got a long ride ahead.

Check out Part 2 of Troy's Guide! 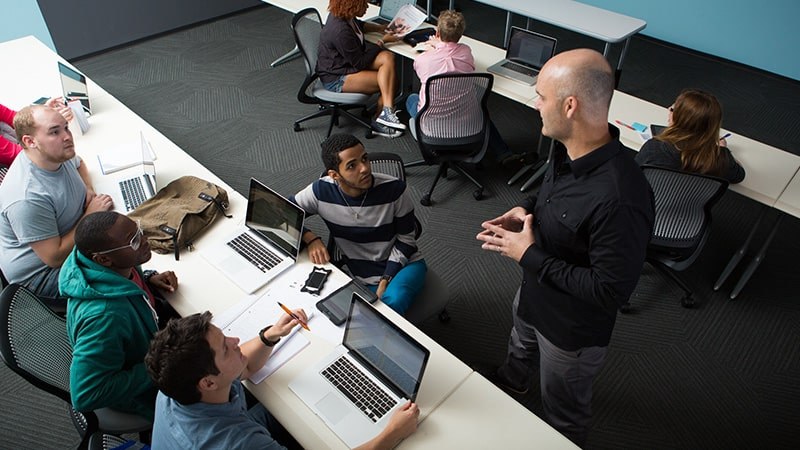 5 Tips from Our Faculty on Finding Career Success in Tech