Most people playing video games, making video games, or studying to make video games are focused on one main objective: entertainment. Whether it’s a mobile game, PC game, or a game for the Xbox, PS3, or any other platform, the biggest focus is – Is it fun? Is it immersive?

But there is another side to gaming that poses a different set of questions, such as – Is it educational? Does it effectively teach a procedure or concept? Or even – Does it make the world a better place?

This is the realm of the serious games sector.

“The serious side is everything but entertainment,” says Gerard Merritt, a Course Director for the Game Design Master of Science degree program and a designer of educational games. “So it can be education, it can be training, it can even be the simulation side.”

For instance, Foldit is a scientific discovery game in which players actually contribute to scientific breakthroughs in biochemistry. Freerice is a game that promotes education and solutions to world hunger.

Serious games may solve problems, but they are often criticized because they don’t meet the same objectives as entertainment games. In other words, they’re not as fun; they’re not as immersive.

But what happens when an entertainment game is used to serve the needs of a real-life objective?

One such example happened between the popular online game Minecraft and the United Nations.

In late 2011, Minecraft maker Mojang announced a partnership between Minecraft and a Swedish housing project. Minecraft’s set of tools – typically used by players to create imaginary towns and fortresses – would enable residents in the rundown area to re-imagine (and help redesign) their own buildings and town.

After witnessing the success of the Swedish housing project, the United Nations decided to partner with Mojang and incorporate Minecraft in a UN-Habitat initiative called Block by Block.

In this 3-year partnership, Minecraft will be used by young people in developing countries as a tool to participate in the urban planning of their communities.

The pilot project for this initiative took place in Kiberia, one of Nairobi’s settlements. Residents were taught to use Minecraft to help plan a community center, and the game allowed the community’s residents to not only express their visions but also come to a consensus.

Merritt said this kind of collaboration between a popular, immersive game and a serious game objective is not something that game students are typically focused on.

Yet the serious game sector is burgeoning one that will continue to develop in sophistication and commercial importance.

“When you looking at games for change, you’re looking at games that make a difference, make an impact,” says Merritt. “There’s a high value, high opportunity out there – it’s just getting the right resources engaged on that project.” 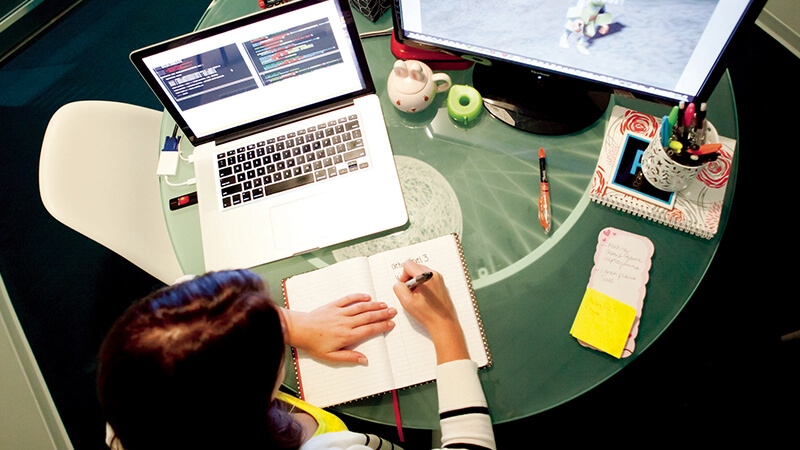 How to Survive the Game Developers Conference